The report stated that the 'Sonchiriya' actor is in a hurry to take the nuptial vows with Rhea, however, the 'Jalebi' actress is in no mood to get hitched just yet and wants to take her own time before saying yes. 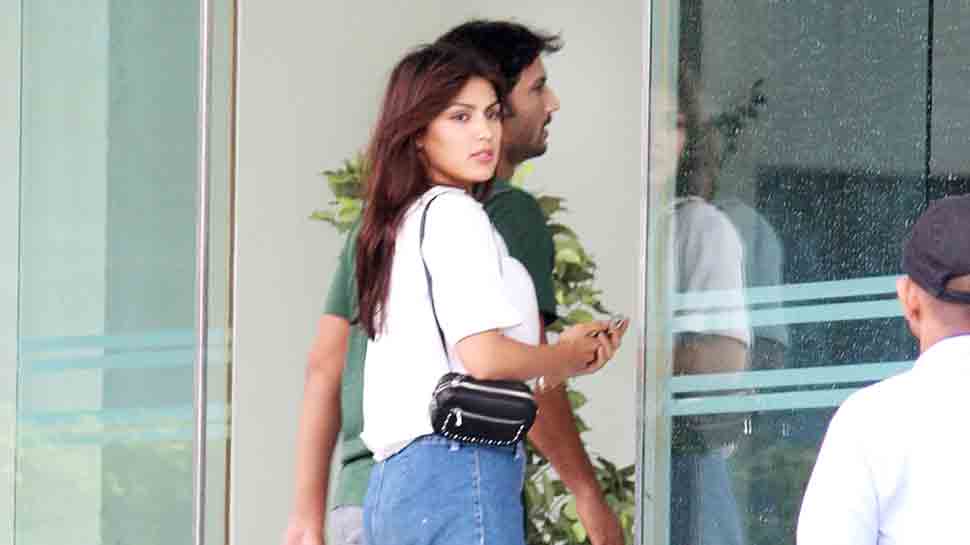 New Delhi: Rumours mills are abuzz with speculations that Sushant Singh Rajput and Rhea Chakraborty are a couple, although the two have managed to avoid talking about it so far. Their frequent outings have left everyone's tongue wagging. What's more, the two have also been posting adorable comments on each other's posts on Instagram which give more clues about their growing friendship.

And although the two tried to keep their relationship under wraps, speculations about their budding romance has spread like a fire in the industry. Now, according to the latest Mumbai Mirror report, Sushant has become very serious of his relationship with Rhea and is keen to take the next big step with his ladylove.

The report stated that the 'Sonchiriya' actor is in a hurry to take the nuptial vows with Rhea, however, the 'Jalebi' actress is in no mood to get hitched just yet and wants to take her own time before saying yes.

Earlier this month, Sushant opened up about his relationship status in an interview with Man's World India. "Right now, it's not right to say. People shouldn't start talking about things in a nascent stage as if they are very sure of it. Why to do that?" he told the magazine.

When questioned further, he added, "If you ask me any question that has to do with me, I can say it. If I was seeing somebody, I'd have to ask that somebody. Probably your question, if well-founded, will help me insinuate it to the other person to know what to say next time."

Sushant and Rhea have been sending the rumour mills into a tizzy with their frequent outing and most last their romantic getaway to Ladakh.

On the work front, Sushant has his kitty full of meaty roles. He will be seen with Shraddha Kapoor in 'Chhichhore' which is helmed by 'Dangal' fame Nitesh Tiwari. Also, he has 'Dil Bechara', the directorial debut of casting director Mukesh Chhabra.

He will also be seen in Tarun Mansukhani's 'Drive' opposite Jacqueline Fernandez. Rhea was last seen in 'Jalebi' which tanked at the Box Office. She will star next in 'Chehre'.