While talking to Zee News, Pithani refused to comment on the matter. 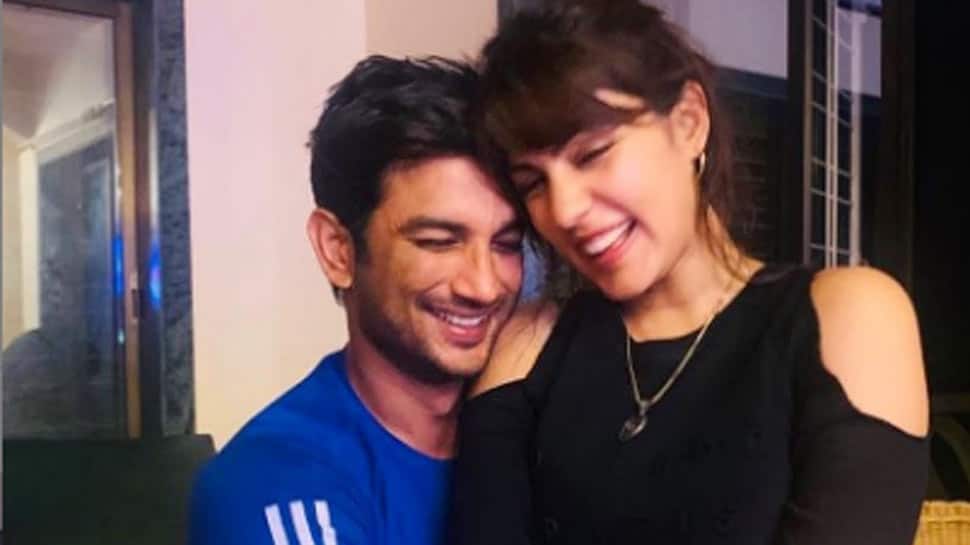 New Delhi: Sushant Singh Rajput's friend and creative manager Sidharth Pithani has reportedly written an email to Mumbai police alleging that he is being pushed to make a statement against Rhea Chakraborty.

Pithani in his letter to Mumbai cops said, "I received conference calls from the family os Sushant Singh Rajput. Mr OP Singh, Meetu Singh and an unknown number on July 22 and they asked me questions regarding Rhea Chakraborty and her expenses during her stay at Mount Blanc with Sushant." 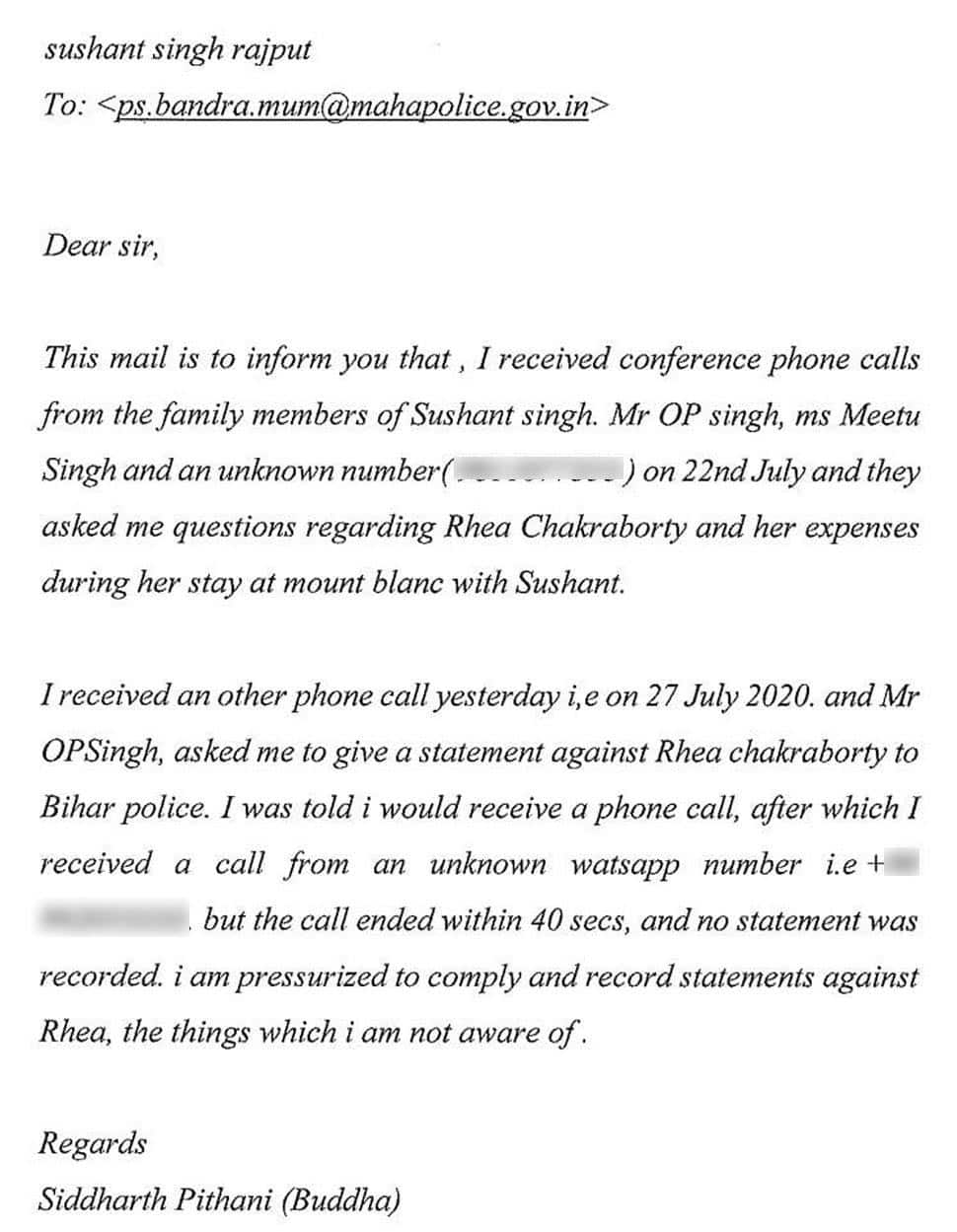 While talking to Zee News, Pithani refused to comment on the matter.

Meanwhile, the four-member police team from Bihar began its investigation process in Mumbai a day before after Sushant's father filed an FIR against Rhea Chakraborty, her family and six others in Patna's Rajiv Nagar police station under IPC Sections 341, 342, 380, 406, 420 and 306 for cheating, exploiting him financially and abetment to suicide.

After the FIR was lodged in Bihar, Rhea Chakraborty moved the Supreme Court over the transfer of investigation to Mumbai.