Sushma Swaraj breathed her last on August 6, 2019, in the capital. She was 67. Several Bollywood celebs took to social media and expressed their grief over Swaraj's demise. 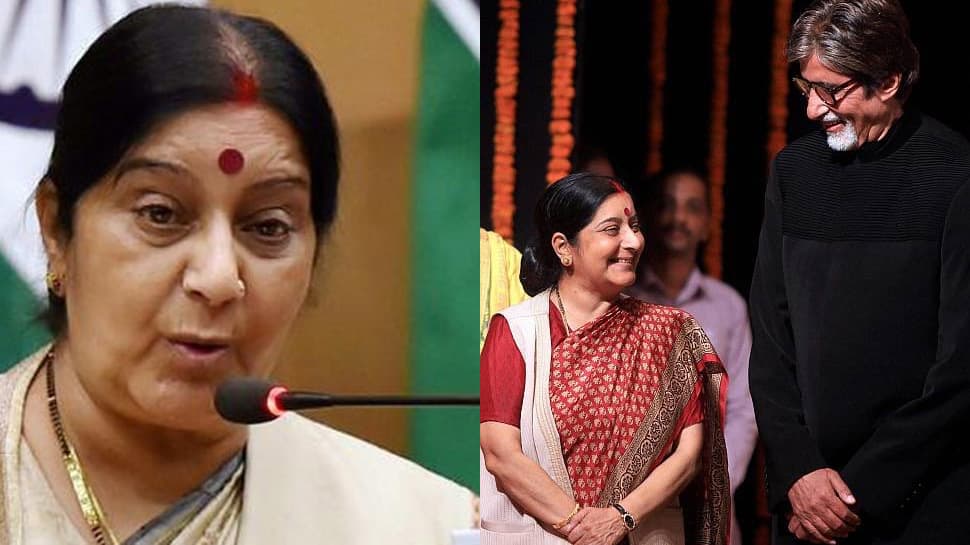 New Delhi: Veteran BJP leader and former External Affairs Minister Sushma Swaraj breathed her last on August 6, 2019, in the capital. She was 67 and was admitted to AIIMS on Tuesday evening after her health deteriorated.

Several Bollywood celebs took to social media and mourned Swaraj's demise, which comes as a huge shock for the entire nation.

Here's what they had to say:

A force of nature she was. Too young to go. Saddened to hear this untimely news. A nation’s loss. #SushmaSwaraj #RIPSushmaSwaraj

A huge loss for India- An outstanding orator, an absolute patriot, a tall leader @SushmaSwaraj Ji is no more. As an Ext Affairs minister she was always accessible to every Indian who was in need of help. My deepest condolences to the family, loved ones & millions of followers https://t.co/FuHNbQMOGX

You stood tall amongst giants... #SushmaSwaraj ji .. we will miss you #WomanPower #Respect #Rip pic.twitter.com/KVXjbCDiXB

OMG. Sushma ji, why so early?

RIP Sushma ji. Absolutely shocked and devastated to hear about her passing. She was always close to me and was extremely kind, since the early days. My heartfelt condolences to the family & our entire nation for this great loss.

Rest in peace @SushmaSwaraj ji. You were the most amazing parliamentarian and the minister and always there for your constituents . I will miss you and am sure we all will miss you .

Saddened to hear about the sudden demise of Sushma Swaraj ji . May her soul rest in peace

Swaraj had been having some health-related complications over the past several months. Due to her health, she had also opted out of contesting Lok Sabha elections 2019.

May she rest in peace.