Sushmita Sen's vacation pics with beau Rohman Shawl and daughters will drive away your mid-week blues!

Sushmita Sen is currently holidaying in the Maldives with her beau Rohman Shawl and daughters. The diva is keeping her fans updated with deets from her trip via social media. 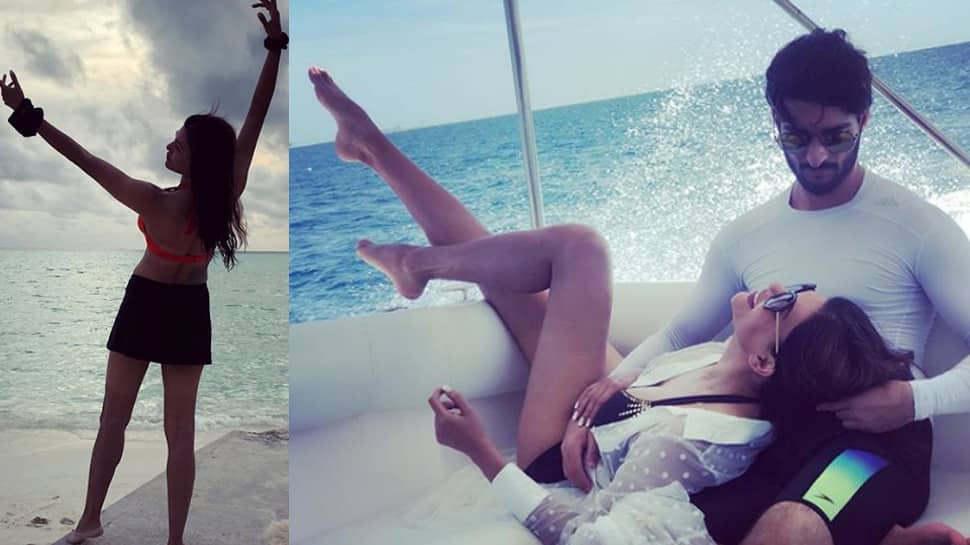 New Delhi: Former Miss Universe and Bollywood actress Sushmita Sen is currently holidaying in the Maldives with her beau Rohman Shawl and daughters Renee and Aaliyah. The diva is keeping her fans updated with deets from her trip via social media and they are a delight to look at! Be it taking a walk by the beach or trying the wheel pose with her daughters, Sushmita's every new upload is a treat for her fans.

Check out her vacay posts here:

This one was captioned as, “To embody the spirit of a Phoenix, one must embrace the transformative power of a Ricochet!! #phoenix #ricochet #reborn #trasformation #undyingspirit I love you guys!!! #soar”

Intrigued? This is just the beginning! Her next post is a compilation of some adorable pics with beau Rohman. The two made their relationship Instagram official last year and have shared several pics and videos together since then.

The actress is a doting mother to her daughters and often expresses how much she loves them via social media. She shared a video in which the trio can be seen trying the wheel pose! The caption is, “Uffffff beeeaaautiful na!!!Trinity of #wheelpose in #paradise with my babies @aaliyahsenb8 Renee & #yourstruly Guess which one is me?These girls are killing it!!! #sharing #simplejoys #forevermoments #duggadugga I love you guys!!!”

Recently, the actress shared this pic from the beach. Her caption is inspiring and celebrates the magic of creation. Sush wrote, “#gratitude Have you ever stood alone on a Sandbank in the middle of the ocean? I promise you it’s a ‘must’ to have on your wish list!! Mine ticked #celebratinglife #powerofcreation #mystical #sandbank #maldives I love you guys!!! #oneness”

Last but not the least, check out these pic in which the actresses poses happily while her beau shows off his photography skills! The caption of this post is, “#thebeckoning love being in a frame shot by my #godchild @aaliyahsenb8 Such a talented budding photographer All yours...always!!! #godsfavouritechild love you guys!!!”

Sush might be missing from the film front for a long time, but that does not stop her from making headlines.

She was last seen in 'No Problem' that released in the year 2010.