Swara Bhasker: I feel I am still a student at heart

Actress Swara Bhasker, who has carved a niche in Bollywood with her acting skills, has said that she still feels like a student at heart, and she asks too many questions to her directors and writers while shooting a film. 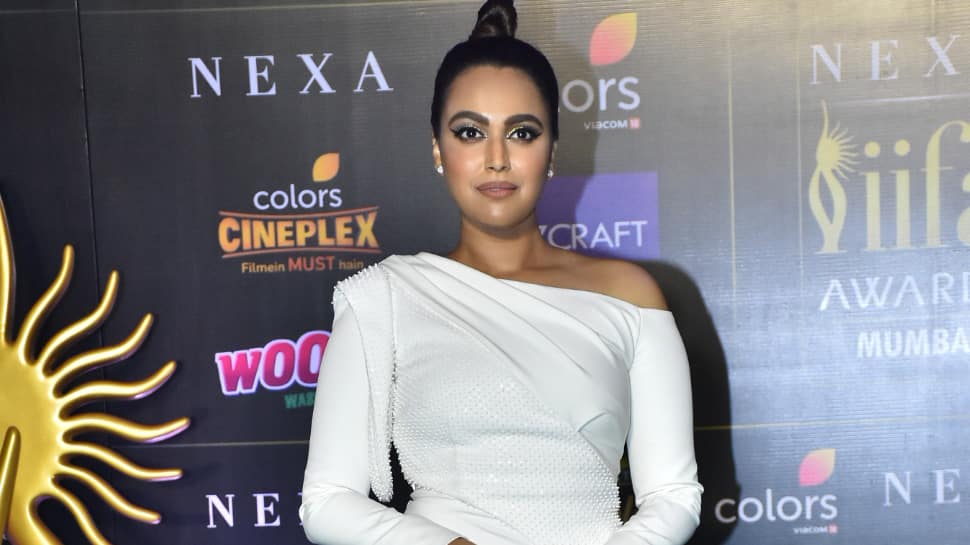 Mumbai: Actress Swara Bhasker, who has carved a niche in Bollywood with her acting skills, has said that she still feels like a student at heart, and she asks too many questions to her directors and writers while shooting a film.

Swara was interacting with the media at the Celebrate Cinema Festival 2019 organised by Whistling Woods International along with Meghna Ghai Puri, Prakash Jha, Hrithik Roshan, Neeraj Ghaywan and Anjum Rajabali on Friday in Mumbai. She was a panelist at the festival.

"I never believe I have made a transition from being a student to a panelist. I feel I am still a student at heart because I have so many questions to ask and I realise that when I am working on a film set. My approach for every role is like a student. I make notes out of scripts and I ask too many questions to the director and writer while shooting for a film. I enjoy doing that," said Swara, who has worked in films such as the "Tanu Weds Manu" series, "Raanjhanaa", "Prem Ratan Dhan Payo", "Nil Battey Sannata" and "Veere Di Wedding".

Sharing her feeling about attending Celebrate Cinema Festival 2019 as a panelist, Swara said: "I feel that it is very necessary to have freedom of discussion and freedom of raising questions in an educational institution. I feel if you are not raising your doubts or questions in an educational institution, then you will not be able to learn properly. Discussion and knowledge shouldn't be restricted. It should be made available to everyone. I feel this kind of festivals makes it possible for students to gather knowledge beyond their classrooms."

Talking about her next projects, Swara said: "I am producing my next film and I will act in it as well. Right now, it's in scripting stage and it's about to go on floors. I have also written the story for one film, and soon it will go on floors, too. My next release would be a web series titled ‘Rasbhari' which will be streamed on Amazon Prime Videos."