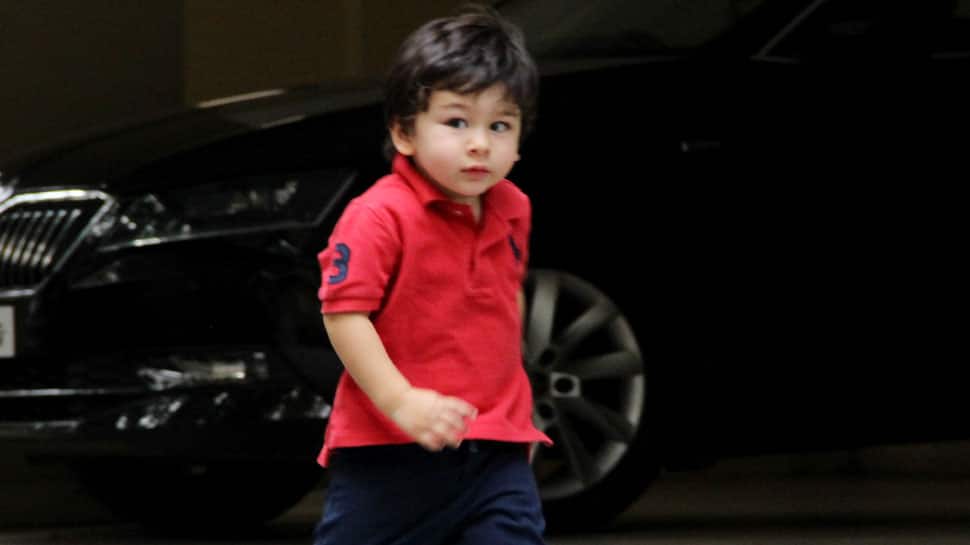 New Delhi: Internet's bundle of joy Taimur Ali Khan's pictures call for attention and rightly so! The little munchkin was recently spotted in Bandra and it was his usual day out in the city, chilling, running and waving at paps. The adorbs recognises most of the photographers by now and even gives them cool poses when he is really good mood.

Recently, he was clicked enjoying his play time in Bandra. The gorgeous baby was seen wearing a cherry red t-shirt and blue denims. His cute Nike sports shoes complemented his entire sporty look. Check out his recent pictures: 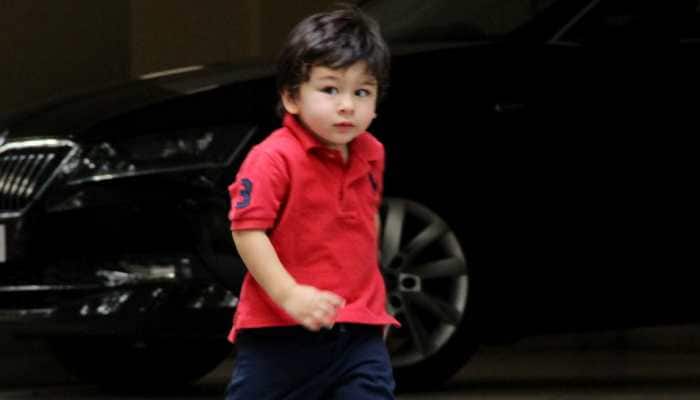 The paps never miss an opportunity to click little Tai Tai and his pictures often make the netizens stay glued online. It was just a day before when he was seen with mommy Kareena Kapoor Khan and grandmom Babita at Sea Princess Hotel where little Tim attended a birthday bash.

In fact, one of his videos from the birthday party made way to the internet and guess what? it became viral in no time.

He is certainly the favourite star kid on social media and fans surely want to have their daily dose of Taimur pictures.

Surveen Chawla flaunts her baby bump in latest pic—See inside