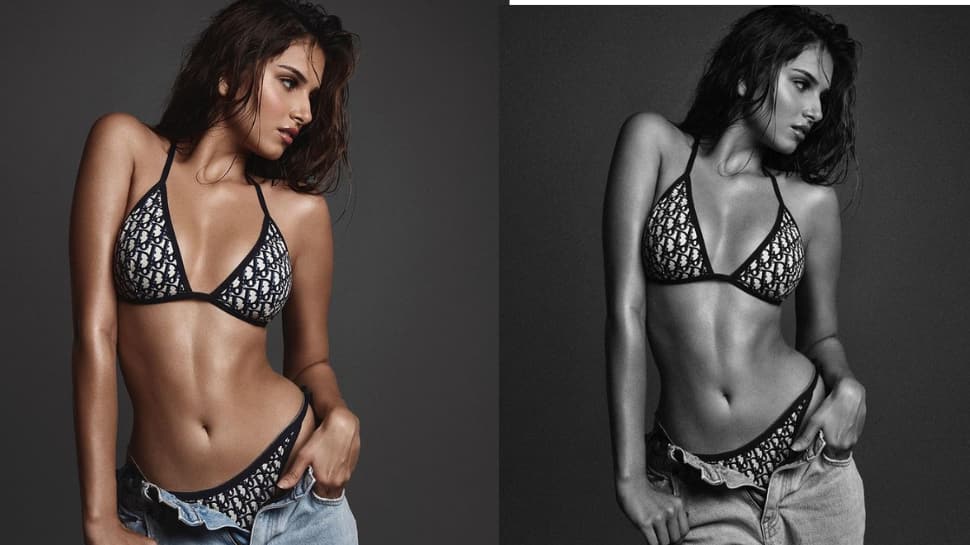 The ‘Marjaavaan’ actress took to Instagram to share her sizzling photos. In the two pictures, the actress shows off her chiseled body, while also teasing with open light blue jeans on her bikini bottoms.

Many others also appreciated Tara’s hot avatar. “My phone just over heated,” wrote one user, while another wrote, “Yaar maar hi daalonge kya”.

Tara has been reportedly dating Aadar Jain since 2019, the couple made their relationship public in 2020. The actress is often seen dedicating Instagram posts for her beau and also accompanies him for his family functions.

The lovebirds last year jet off to the Maldives to celebrate Tara’s birthday.

On the work front, the actress will next be seen in Milan Luthria’s Tadap opposite Suniel Shetty’s son Ahan Shetty. This will be Ahan’s debut film. Tara also has Ahmed Khan’s Heropanti 2 opposite Tiger Shroff and she will also be seen in Mohit Suri’s Ek Villian 2 along with Aditya Roy Kapur, John Abraham and Disha Patani.