Temple dedicated to Sonu Sood built in Telangana; 'He is God for us', say locals

In recognition of the humanitarian work done by the actor, a temple located in Dubba Tanda village of Siddipet district was dedicated by the local people. 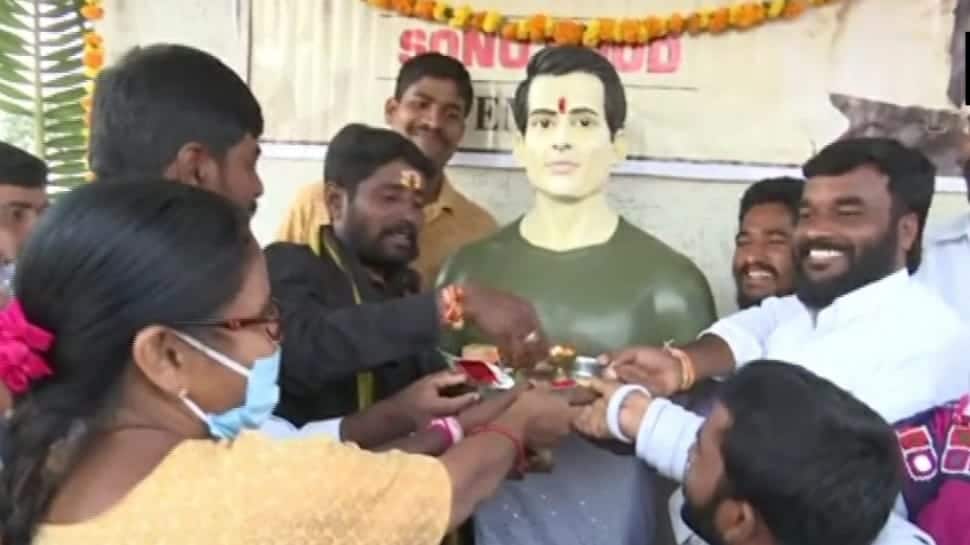 New Delhi: A temple has been dedicated to Sonu Sood which was inaugurated in Telangana on Sunday (December 20). In recognition of the humanitarian work done by the actor, a temple located in Dubba Tanda village of Siddipet district was dedicated by the local people. Sood had helped stranded migrant workers reach their hometowns during the lockdown as well as helped many people financially.

"He helped so many people during the pandemic. It’s a matter of great delight for us that we’ve constructed his temple," a local resident told ANI.

"As he has attained the place of God by his good deeds, we have built a temple for Sonu Sood. He is a God for us," Giri Kondal Reddy, a Zilla Parishad member, was quoted by ANI as saying.

An idol of the actor was installed and locals were also seen performing aarti in the photos shared online.

Reacting on the news, Sood wrote on Twitter, “ Don’t deserve this sir. Humbled”

Sonu Sood had arranged transportation for migrants during the coronavirus-induced lockdown. He had also organized food drives. Recently, the ‘Dabangg’ had given smartphones to children in a Haryana village school.