'The Lion King' trailer: Shah Rukh Khan imparts wisdom to Aryan about being a true king

In the 'The Lion King' trailer, Shah Rukh Khan is also giving advice to Simba about how a "true king" should think about what he can do for his people, and not what his people can do for him. 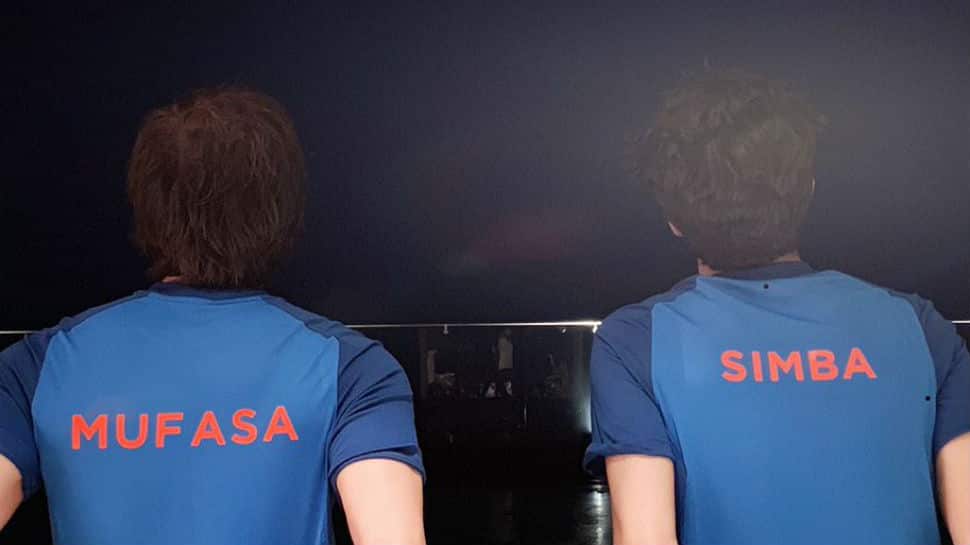 Mumbai: Bollywood's King Khan Shah Rukh Khan has shared the first glimpse of his version of King Mufasa in the upcoming Hindi version of 'The Lion King', and is seen teaching his son Simba, voiced by his own son Aryan, the meaning of being a "true king".

"Delighted to be a part of this global legacy. In cinemas on July 19," SRK tweeted on Friday while sharing the link of the trailer.

Delighted to be a part of this global legacy. In Cinemas 19th July. Yaad Rakhna. #TheLionKing @disneyfilmindia https://t.co/T2OfU4JspC

The trailer of the upcoming live-action movie opens with Shah Rukh looking into the camera at a recording studio, as he emphasises on the importance of staying connected to one's identity.

In the trailer, Shah Rukh is also giving advice to Simba about how a "true king" should think about what he can do for his people, and not what his people can do for him.

In the closing moments of the trailer, Mufasa tells Simba to always remember who he is -- "A true king". The end of the trailer also gives a glimpse of Simba's showdown with his villainous uncle Scar.

There's no dialogue of Simba in the over one-minute long trailer.

"The Jungle Book" fame director Jon Favreau has re-imagined the world of Disney's classic to bring alive a live-action film. He has stayed true to the classic story of Simba and used pioneering filmmaking techniques to bring the iconic characters to the big screen in a whole new way.

Disney India has roped in Ashish Vidyarthi, Shreyas Talpade, Sanjay Mishra and Asrani for the Hindi version as well. Ashish has lent his voice to Scar, Shreyas has given voice of Timon, Sanjay to Pumbaa and Asrani to Zazu.