These pictures of Ranbir Kapoor, Neetu Kapoor and Rishi Kapoor will make you smile—See inside

Rishi Kapoor and Neetu Kapoor are in New York currently where the former has been battling an undisclosed illness. 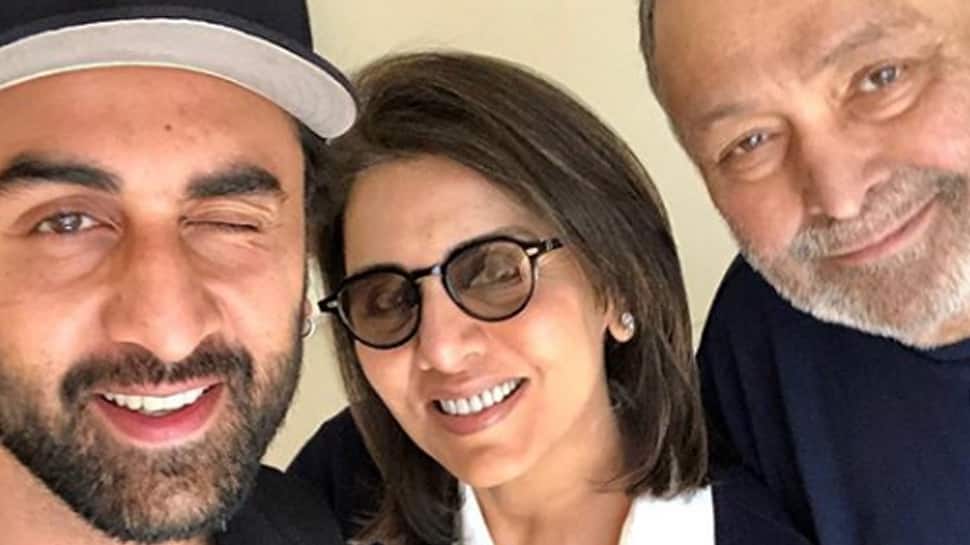 New Delhi: Veteran actor Rishi Kapoor and wife Neetu Kapoor are in New York currently where the former has been battling an undisclosed illness. On Thursday, Neetu took to Instagram and shared a pic along with her husband and son Ranbir Kapoor in which the three are all smiles. The post is full of love, positivity, and family bonding and will put up a smile on your face the moment you see it.

The caption of the post reads, “That amazing feeling in your lows when there is Positivity Happiness Love and that Wink !!!!”

Adorable, right? We pray for Kapoor Senior's fast recovery and hope that he returns soon!

Meanwhile, Ranbir was recently awarded with the 'Best Actor' trophy at the Zee Cine Awards for his performance in 'Sanju'. Upon receiving the award, Ranbir gave an emotional speech on stage, talking about his father.

An excerpt of his speech was, “I would like to dedicate this award to very special people in my life, starting with my father. He is going through a little bit of a rough patch in his life and I have often heard that whenever you come into some kind of crossroads in your life, you can really tell who you are as a person. Whenever I speak to him, he only talks about movies. He only talks about 'how is this film?', 'how is this film doing?', 'how is this performance?', what are you doing in your scene? And, more so, he speaks to me about his insecurities that when he gets back, will he get to work in the movies? Whether people will offer him films? Will, he be able to act in movies?" and that kind of inspiration and passion and madness brings all of this to perspective.”