This is why Jennifer Aniston never had kids with Brad Pitt

In an interview to Irish Mirror, Jennifer refuted claims that she never had children during her five-year marriage to former husband Brad as she cared only about her career. 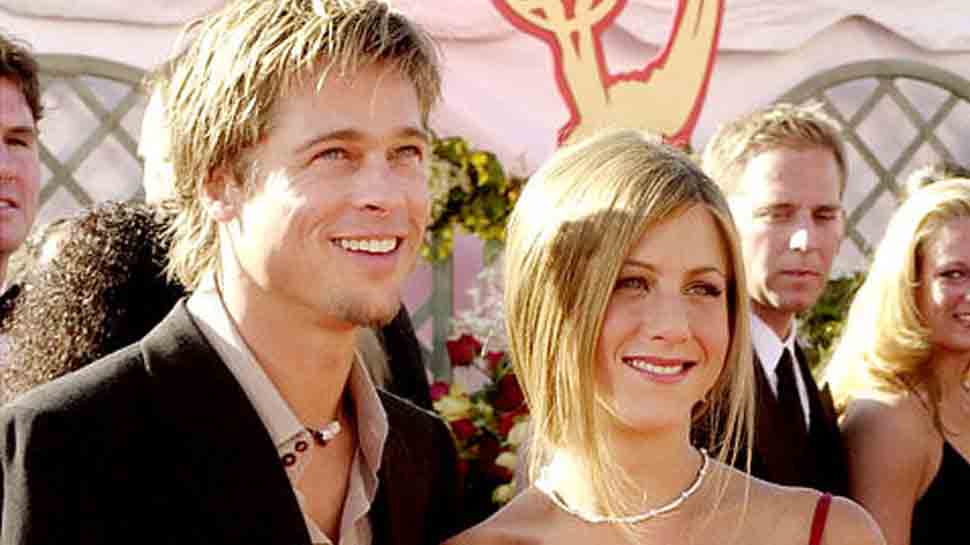 Washington D.C.: Jennifer Aniston and Brad Pitt, once the toast of Hollywood, never had children during their five-year marriage, despite Brad after splitting up with the 'Friends' actor welcoming six children with now-ex wife Angelina Jolie.

In an interview to Irish Mirror, Jennifer refuted claims that she never had children during her five-year marriage to former husband Brad as she cared only about her career.

When they were together, the couple rode high in Hollwood with Aniston playing the character of Rachel in popular TV sitcom 'Friends' and Brad had a huge silver screen presence.

However, one of the biggest surprises was that the couple never had any children, especially now that Brad subsequently went on to have six children with Angelina Jolie, including three biological and three adopted children.

Soon after their split in 2005, after he had fallen for Angelina on the set of 'Mr and Mrs Smith', Aniston spoke out about rumours that the lack of offspring had been due to her reluctance.

But, in a recent interview with Vanity Fair, her first after the split, Jennifer refuted this claim and pointed the finger at Brad instead. She said, "A man divorcing would never be accused of choosing career over children. That really p***** me off."

"I've never in my life said I didn't want to have children," she added. She went on to say that she was still planning to have kids in the future.

She continued, "I did and I do and I will! The women that inspire me are the ones who have careers and children; why would I want to limit myself?" I`ve always wanted to have children, and I would never give up that experience for a career. I want to have it all."

The actress believes that Pitt 'could have done more' to refute the claims about their decision on having a family. In addition, a mutual friend actually lay the blame at the door of Pitt, saying: "Having a baby was not his priority... ever."

It was an abstract desire for him, whereas for Jen it was much more immediate," he said.

The friend believes that Pitt kept quiet as he wanted to be "cast as the poor husband who couldn`t get a baby and so had to move on?"

Aniston, 50, penned an opinion piece for Huffington Post in 2016, in which she begged for the end of scrutiny after endless stories, messages were posted on social media asking whether she was pregnant.

Aniston wrote, "The sheer amount of resources being spent right now by press trying to simply uncover whether or not I am pregnant (for the bajillionth time... but who`s counting) points to the perpetuation of this notion that women are somehow incomplete, unsuccessful, or unhappy if they`re not married with children"

"Let's make that decision for ourselves and for the young women in this world who look to us as examples. "We don`t need to be married or mothers to be complete. We get to determine our own 'happily ever after` for ourselves," the actress said.