Sharing a photo from one of the ceremonies, Pooja Batra thanked everyone for their wishes and wrote, "Thank you for all your good wishes and blessings." 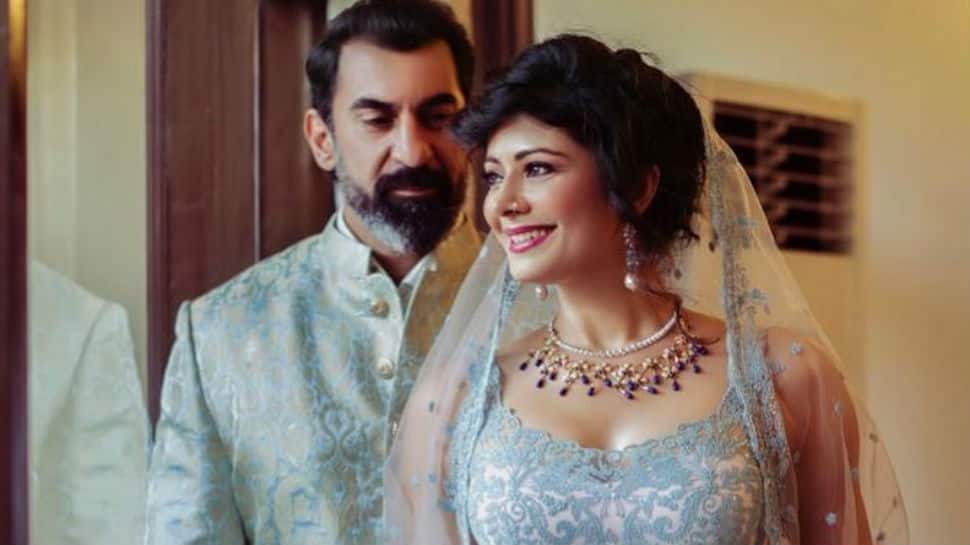 New Delhi: Actress Pooja Batra, who married actor Nawab Shah in Delhi earlier in July, has finally treated us to pictures from their wedding. The couple married in an intimate ceremony as per Arya Samaj rituals and said that they will register their wedding in some time.

Sharing a photo from one of the ceremonies, Pooja thanked everyone for their best wishes and wrote, "Thank you for all your good wishes and blessings." The bride glowed in a powder blue lehenga while the groom wore a matching sherwani.

Thank you for all your good wishes & Blessings

Congratulatory messages are flowing for the newlyweds from their colleagues and friends. "Such a pretty bride you are," wrote Kashmera Shah while Ashmit Patel said, "Bless you guys with everlasting marital bliss."

Pooja, dressed as a bride, also posted a happy picture with her mother and captioned it as, "With my Wonder Woman, my mom."

With My Wonder Woman  My Mom

Nawab, meanwhile, dedicated a special post for his 'queen'.

MA queen that can go from royal to gangster in . 6 SEC .

Thnku Arjun for this amazing evening!! Lots of love to you

Pooja and Nawab confirmed their wedding on Monday. In an interview to Bombay Times, “Yes, we are married. Nawab and I exchanged vows in Delhi, with only our families in attendance."

The couple started dating five months ago and they were introduced to each other by a common friend.

Pooja is best-known for her roles in films like 'Virasat', 'Haseena Maan Jaayegi' and 'Nayak: The Real Hero' while Nawab Shah, who started his acting career with the TV industry, has starred in films like 'Lakshya', 'Jaan-E-Mann', 'Don 2', 'Bhaag Milkha Bhaag', 'Dilwale' and 'Tiger Zinda Hai'. His next project is 'Panipat'.