Pooja Batra and Nawab Shah tied the knot in an extremely private wedding in New Delhi. Pooja said that they will register their marriage later this week. 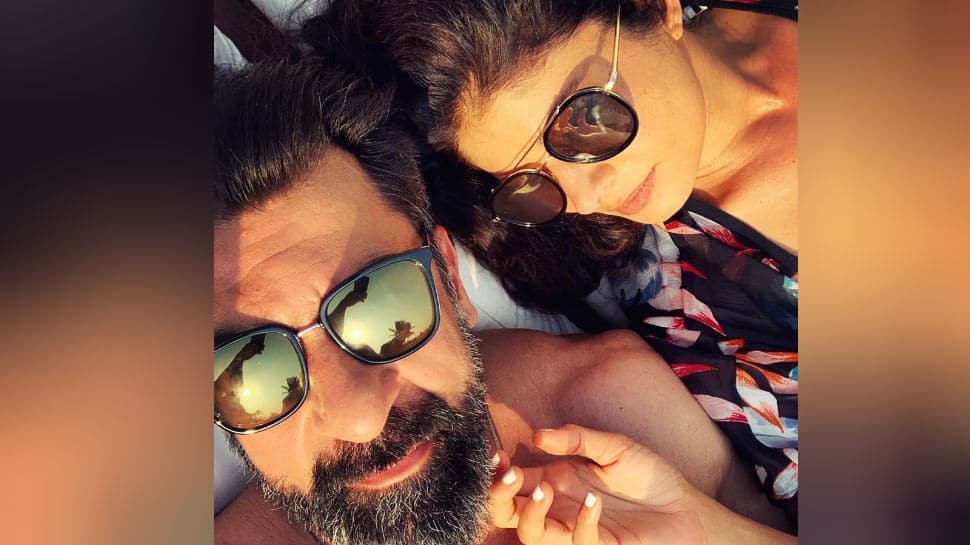 New Delhi: Days after actors Pooja Batra and Nawab Shah's rumoured wedding sent the internet into a tizzy, on Monday, it was finally revealed that they are now a married couple.

In an interview to Bombay Times, Pooja revealed that they tied the knot in an extremely private wedding in New Delhi. Pooja and Nawab had an Arya Samaj wedding and they will register their marriage later this week.

“Yes, we are married. Nawab and I exchanged vows in Delhi, with only our families in attendance. Our loved ones kept asking us why we were delaying it (the marriage). I was simply going with the flow, but then I realised that he is the man I want to spend the rest of my life with, and there is no point in delaying it any further," the actress told Bombay Times.

Thnku Arjun for this amazing evening!! Lots of love to you

Pooja and Nawab apparently started dating five months ago and they were introduced to each other by a common friend.

Reports of their rumoured romance trended on and off after they posted some loved-up posts for each other on their respective Instagram pages.

Nawab sort of also confirmed his relationship with Pooja on Eid by tagging her in a 'Follow Me' post and wrote, "It took 46 years for my soul to be Ready, and then my mate appeared. Eid Mubarak soulmate. Eid Mubarak to all."

Last week, after Nawab posted a Boomerang video featuring a woman's hand wearing bridal choora, it was said that he might have got married to Pooja. However, there wasn't any official confirmation on the same.

A story you can make a movie on

Pooja, on the other hand, shared a picture in which she was dressed in an Indian outfit and choora.

As the day begins

Pooja, a former beauty queen, is best-known for her roles in films like 'Virasat', 'Haseena Maan Jaayegi' and 'Nayak: The Real Hero'. She was previously married to a doctor named Sonu S Ahluwalia in 2002. They got divorced in 2011.

Meanwhile, Nawab Shah, who started his acting career with the TV industry, has starred in films like 'Lakshya', 'Jaan-E-Mann', 'Don 2', 'Bhaag Milkha Bhaag', 'Dilwale' and 'Tiger Zinda Hai'. His next project is 'Panipat'.