Trishala is the daughter of Sanjay and late actor Richa Sharma, who died of brain tumour in 1996.She was raised by her maternal grandparents in the USA, where she currently stays.

New Delhi: Bollywood actor Sanjay Dutt`s daughter Trishala Dutt, on Monday, shared an unseen picture of the `Dus` actor with his first wife Richa Sharma. Taking to Instagram, Trishala shared the picture on her stories which she captioned, "my mommy (RIP) and daddy @duttsanjay."

Trishala is the daughter of Sanjay and late actor Richa Sharma, who died of brain tumour in 1996. She was raised by her maternal grandparents in the USA, where she currently stays. Sanjay Dutt married Maanayata in the year 2008 and they are parents to twins-- Shahraan and Iqra. 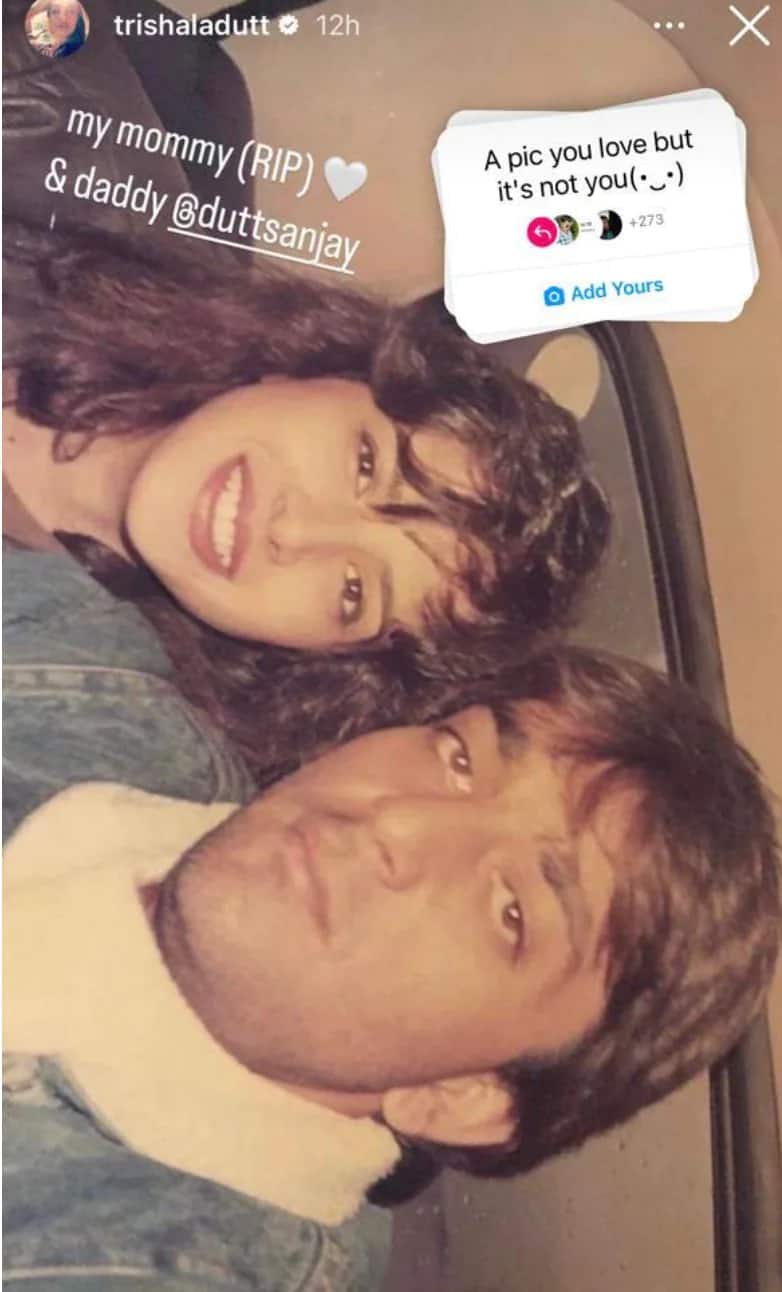 Meanwhile, on the work front, Sanjay was last seen in a period action drama film `Shamshera` alongside Ranbir Kapoor and Vaani Kapoor.Helmed by Karan Malhotra and produced by Yash Raj Films, the film was released in July this year and failed to impress the audience at the box office.

`Shamshera` marked Ranbir`s first double-role film and Sanjay`s negative portrayal was loved by all his fans. He will be next seen in his home production sci-fi horror comedy film `The Virgin Tree` which also stars Sunny Singh, Mouni Roy and Palak Tiwari in the lead roles.

Sharing more details about the film, Sanjay earlier said, "I am pleased to back the film which was exactly the script I was looking for. The film is the perfect blend of comedy and horror, with the right balance of chills and thrills. I am so glad to have found a production partner, in Deepak Mukut whose cinematic vision and ideals aligns with mine. I always wanted to encourage young fresh talent in the industry and with this film, we launch a new director with brilliant fresh vision. He has put together an eclectic cast and I wish them the best time and a glorious shoot ahead."

Helmed by Sidhaant Sachdev, the official release date of the film is still awaited.