Akshay and Twinkle's 16-year-old son Aarav, who is currently studying in London, is a chef in the making and is already nailing the cooking game. And we have proof. 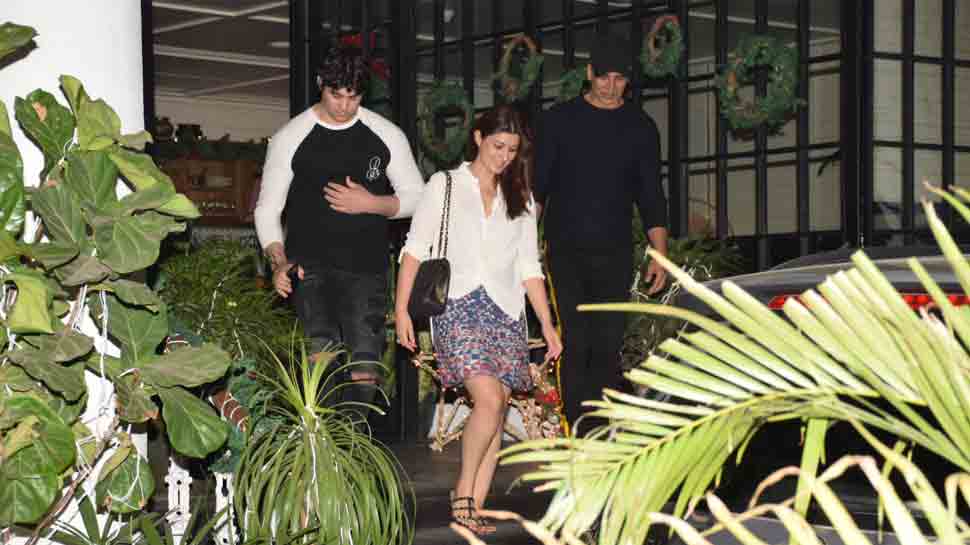 New Delhi: Before Akshay Kumar entered Bollywood, he worked as a waiter and chef in Bangkok to earn a living while also training in combat sport Muay Thai. Decades later, his son Aarav is following in the footsteps of his father as the teenager too loves to cook and has been treating his parents with some mouth-watering delicacies.

On Thursday, Twinkle took to Instagram to share pictures of a meal-dinner and desserts and revealed that they were prepared by her son Aarav. "My teenager makes us dinner and dessert all by himself :) On the menu- mushroom risotto, miso avocado salad, chicken skewers and chocolate soufflé #proudmama", she wrote alongside the picture/

My teenager makes us dinner and dessert all by himself :) On the menu- mushroom risotto, miso avocado salad, chicken skewers and chocolate souffle #proudmama

As soon as she shared the post, compliments started pouring in for the young star kid from all corners. "They look like hats perfectly placed in the bowls, the garnish makes it look 3D," wrote one. Another user wrote, "Budding Chef in the making Good luck."

Aarav is currently studying in London. There were speculations that the teenager was interested in becoming an actor. Speaking of his son's plans to enter Bollywood, Akshay said earlier, "He is too young and currently, he is interested only in his studies. I'm not aware if he will get into the industry. I'm not pushing him. Today's children have a mind of their own. My son is no different." The 'Khiladi' actor added that he let his kids be the way they want to be.

Apart from Aarav, Akshay and Twinkle are also doting parents to six-year-old Nitara.