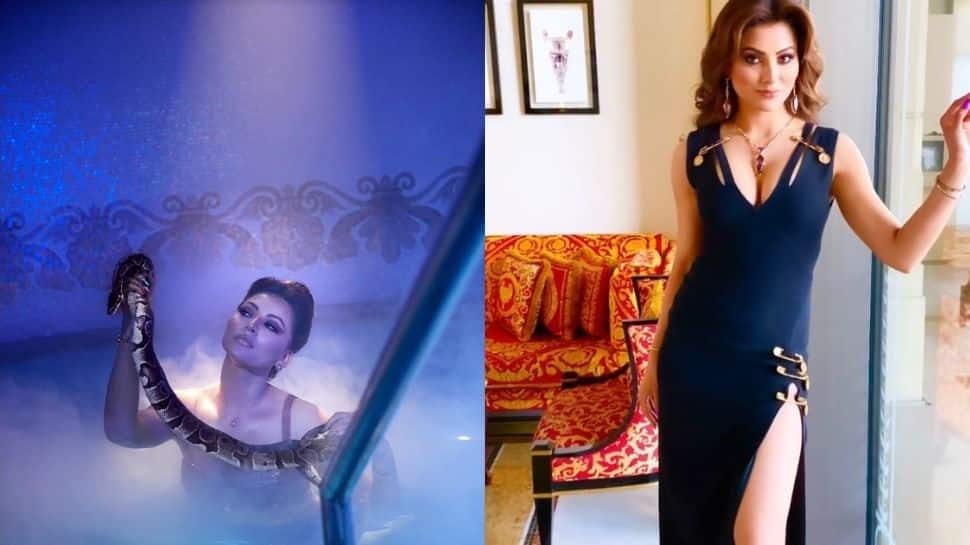 New Delhi: Bollywood's young superstar Urvashi Rautela never fails to mesmerize her fans with her unique yet beautiful look. The actress's recent international song 'Versace Baby' is trending on number 1 all over the world and the videos from the music video are going viral on social media.

Needless to say, her looks from the song are all inspired by Versace and the song is said to be one of the highest budget songs this year.

Urvashi Rautela was styled by none other than famous designer Donatella Versace and according to reports, American pop sensation Beyonce's style team headed Urvashi's look for the music video.

The overall look of Rautela cost a whopping 15 crores and the 6-minute project took more than one year to plan Urvashi’s outfits as every scene was packed with carefully chosen outfits.

The song tried to portray Urvashi as the greek goddess Mosaic of Medusa face of the empire, who is one of the most well-recognized monsters from Greek mythology.

On the work front, the actress will be making her Tamil debut with a big-budget sci-fi Tamil film in which she will be playing the role of a microbiologist and an IITian, and later she is going to appear in a bilingual thriller 'Black Rose' along with the Hindi remake of 'Thirutu Payale 2'. Urvashi will also be starring in the web series 'Inspector Avinash' alongside Randeep Hooda, which is a biopic based on the true story of super cop Avinash Mishra.

Hema Malini urges fans to get vaccinated against COVID-19