In his message to Rhea Chakraborty, KK Singh asked her to share Sushant's health update and told her that it's his right to know everything about his son. 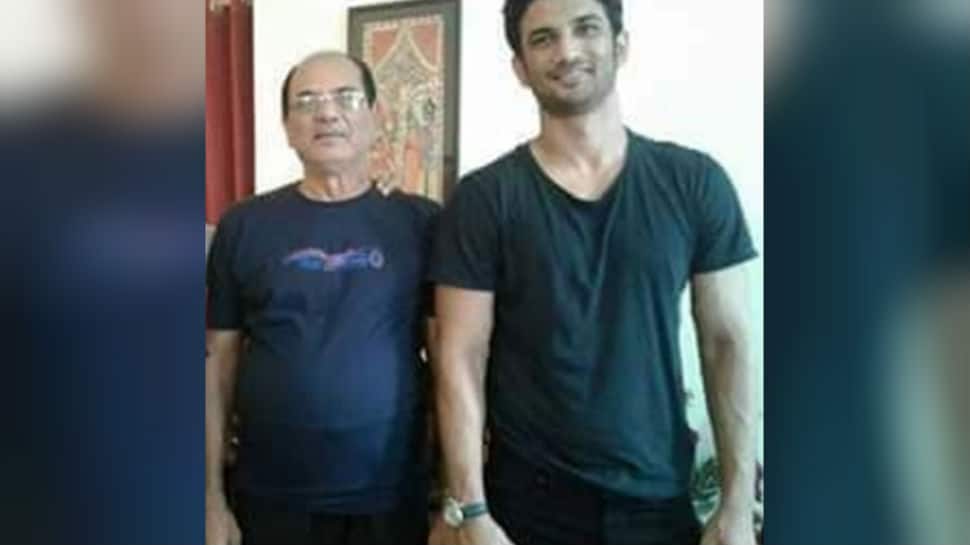 New Delhi: Sushant Singh Rajput's father KK Singh tried to reach out to the actor via Rhea Chakraborty and her former manager Shruti Modi, viral WhatsApp chats revealed on Tuesday. The messages were sent to Rhea and Shruti by KK Singh in November 2019. However, he did not get a reply from either of them. Screenshots of the messages have been accessed by Zee News.

In his message to Rhea, KK Singh asked her to share Sushant's health update and told her that it's his right to know everything about his son.

"Jab tum jan gaee ki main Sushant ka papa hun to bat kyon nahin ki. Akhir bat kya hai. Friend ban kar uska dekhbhal our uska elaj karba rahi ho to mera bhi farj banta hai ki Sushant ke bare men sari jankari mujhe bhi rahe. Esliye call kar mujhe bhi sari jankari do (When you know that I am Sushant's father, then why did not you speak to him? After all, what is the matter? You are taking care of him as a friend and getting him treated, then it is also my right as a father to know everything about him. So, please call me and give me the information)," Sushant's father wrote to Rhea.

Meanwhile, KK Singh asked Shruti Modi to share with him about Sushant's loans and revealed to her that the actor told him that he is tensed. KK Singh also asked to send a flight ticket for him as he wished to meet Sushant. 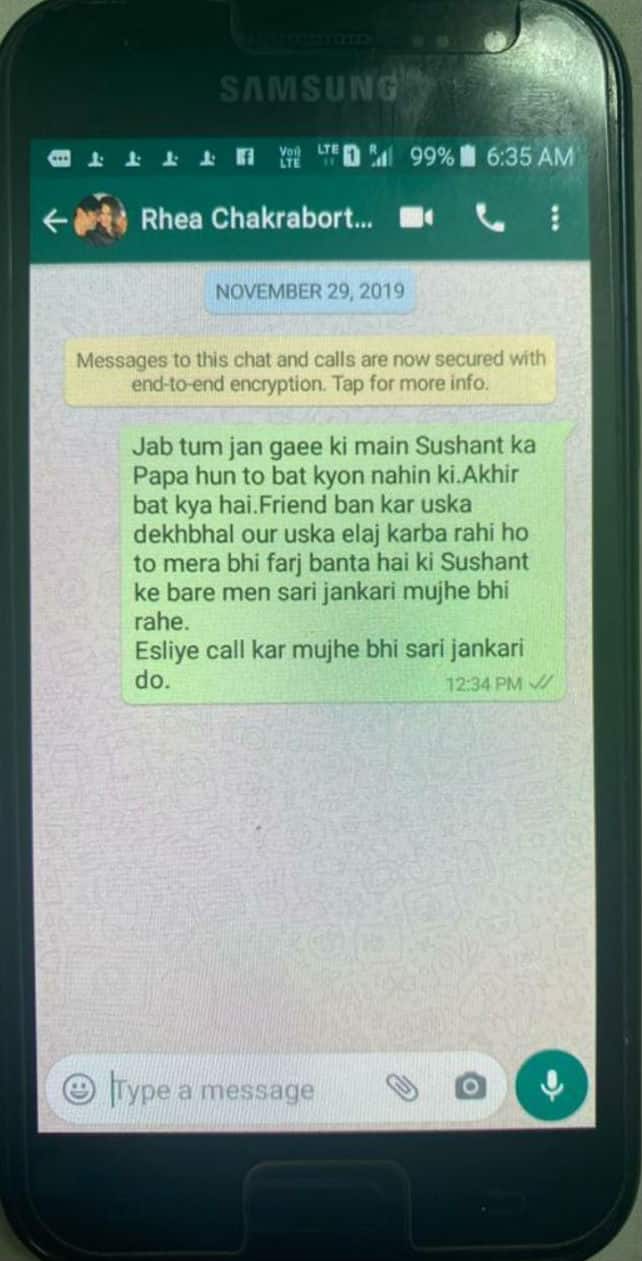 Sushant was found dead at his apartment in Mumbai on June 14. Earlier the Mumbai Police was investigating his case, but it is now being handled by the CBI.

Sushant's father had also filed an FIR in Patna accusing Rhea of abetment to suicide.