Of late, due to growing cases of coronavirus, Taimur hasn’t been clicked by the paps but his mother Kareena Kapoor Khan never disappoints in sharing Tim’s whereabouts with her fans. 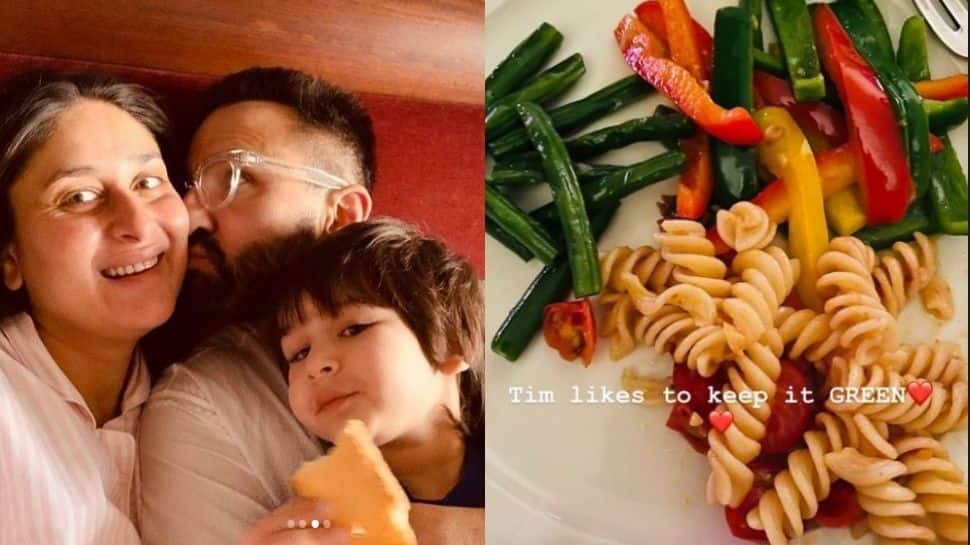 New Delhi: Taimur Ali Khan, who is popularly known as Tim is the only star kid to have received as much attention and love as him. This four-and-a-half-year-old boy surely knows how to make one’s day merrier with his cute smile and innocence.

Since his birth, Tim has become everyone’s favourite and has been often spotted waving at the paparazzi and also engaging in a funny little pap-talk.

Of late, due to growing cases of coronavirus, Taimur hasn’t been clicked by the paps but his mother Kareena Kapoor Khan never disappoints in sharing Tim’s whereabouts with her fans.

Bebo recently shared a glimpse of a dish which was prepared by one and only chef Taimur. Well, it was pasta salad for his mommy Kareena.
Yes, you read that right!

Kareena shared a picture in her Instagram story and captioned it, “Tim likes to keep it GREEN." 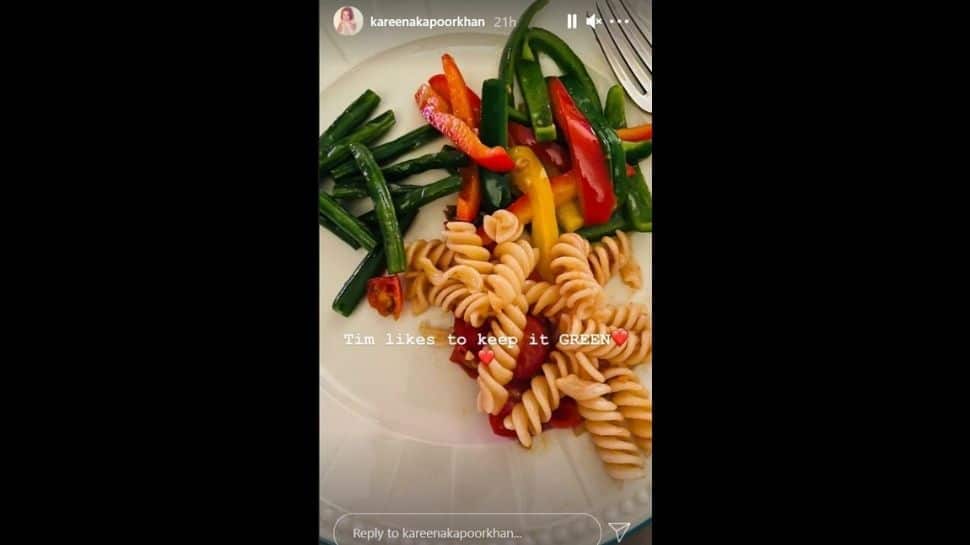 In the picture, we can see pasta along with lot of nutritious veggies including tomatoes, different colour bell peppers along with stir fried green beans.

This is not the only time Taimur has tried his hands on cooking, earlier too, the little munchkin is often seen experimenting and enhancing his cooking skills for his mother and father.

On the work front, Bebo will be next seen in Aamir Khan's 'Laal Singh Chaddha' and Karan Johar's multi-starrer magnum opus 'Takht'.