Subramanian Swamy took to Twitter and shared document listing reasons on why he feels Sushant Singh Rajput was murdered and did not die by suicide. 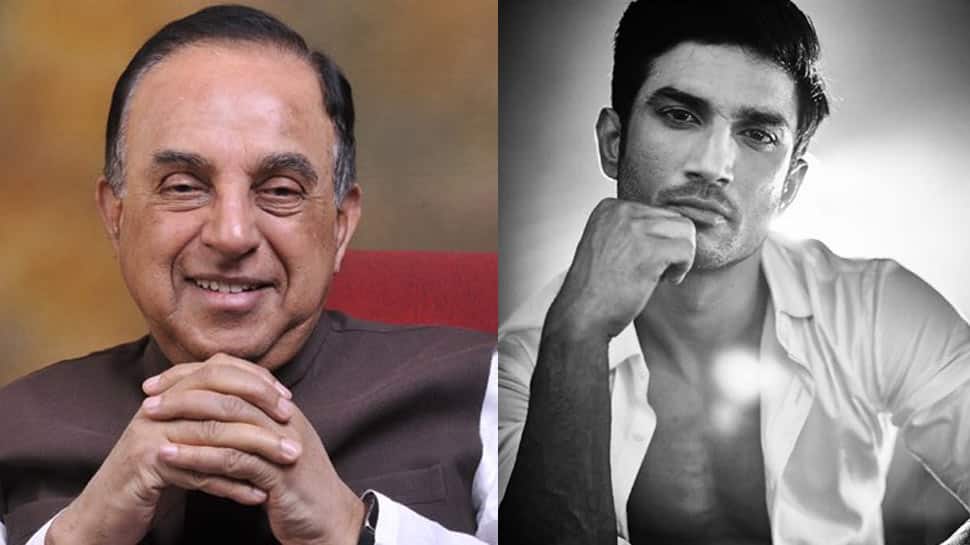 New Delhi: Bollywood actor Sushant Singh Rajput's death has left his fans and family shocked. With the case moving to a new angle after his father filed an FIR against Rhea Chakraborty in Patna, a four-member police team from Bihar has stepped-up investigation in Mumbai. Senior BJP MP Subramanian Swamy has echoed fans' sentiment and shared why he thinks Sushant was murdered.

Subramanian Swamy took to Twitter and shared document listing reasons on why he feels Sushant Singh Rajput was murdered and did not die by suicide. Take a look:

Why I think Sushanth Singh Rajput was murdered pic.twitter.com/GROSgMYYwE

Previously, Swamy had written a letter to Prime Minister Narendra Modi requesting a CBI probe into the case which was acknowledged by the PM. Swamy had earlier tweeted about Sushant and appointed lawyer Ishkarn Bhandari to study the case and see if it deemed fit for CBI enquiry.

Rhea, however, has filed a petition in the Supreme Court seeking transfer of investigation in actor Sushant Singh Rajput's death case to the Mumbai Police after an FIR was lodged against her.