Will do whatever is needed to ensure that the film industry stays in Maharashtra: IMPPA writes to Maharashtra CM Uddhav Thackeray 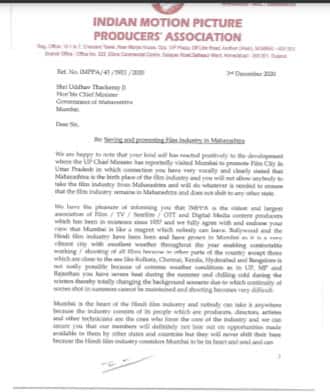 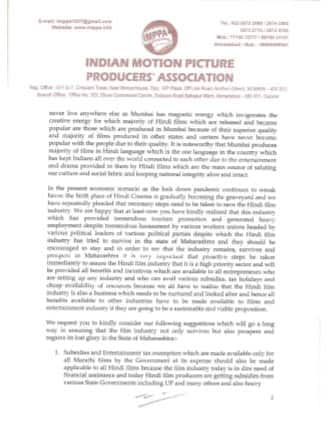 We have the pleasure of informing you that IMPPA is the oldest and largest association of Film / TV / Satellite / OTT and Digital Media content producers which has been in existence since 1937 and we fully agree with and endorse your view that Mumbai is like a magnet which nobody can leave. Bollywood and the Hindi film industry have been born and have grown in Mumbai as it is a very vibrant city with excellent weather throughout the year enabling comfortable working/shooting of all films because in other parts of the country except those which are close to the sea like Kolkata, Chennai, Kerala, Hyderabad and Bangalore is not really possible because of extreme weather conditions as in UP, MP and Rajasthan you have severe heat during the summer and chilling cold during the winters thereby totally changing the background scenario due to which continuity of scenes shot in summers cannot be maintained and shooting becomes very difficult." 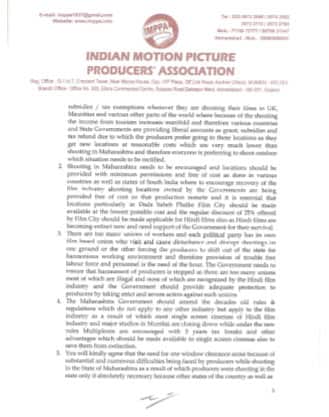 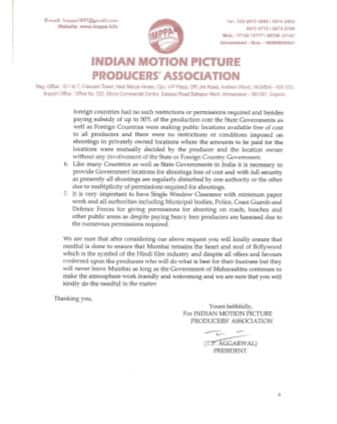 In September this year, UP CM had announced setting up the country's biggest ever film city in Noida, Uttar Pradesh.