Central Government Pensioners DR Hike: In a much-needed help for Central Government pensioners, the Ministry of Personnel, Public Grievances and Pensions has decided to increase the Dearness Relief for Contributory Provident Fund (CPF) beneficiaries by 15 per cent with effect from July 1. ".....the President is pleased to decide that the Dearness Relief admissible to the CPF beneficiaries in receipt of basic ex-gratia payment in the 5th CPC series shall be enhanced w.e.f 01.07.2022," said an office memorandum dated October 31st.

The notification also said that the CPF beneficiaries including widows and eligible dependent children of the deceased CPF beneficiary who had retired from service before 01.01.1986 or who had died while in service before 01.01.1986 and are entitled to revised ex-gratia @ 645 per month are entitled to get Dearness Relief up from 373 per cent of the basic ex-gratia to 388 per cent of the basic ex-gratia with effect from 01.07.2022. 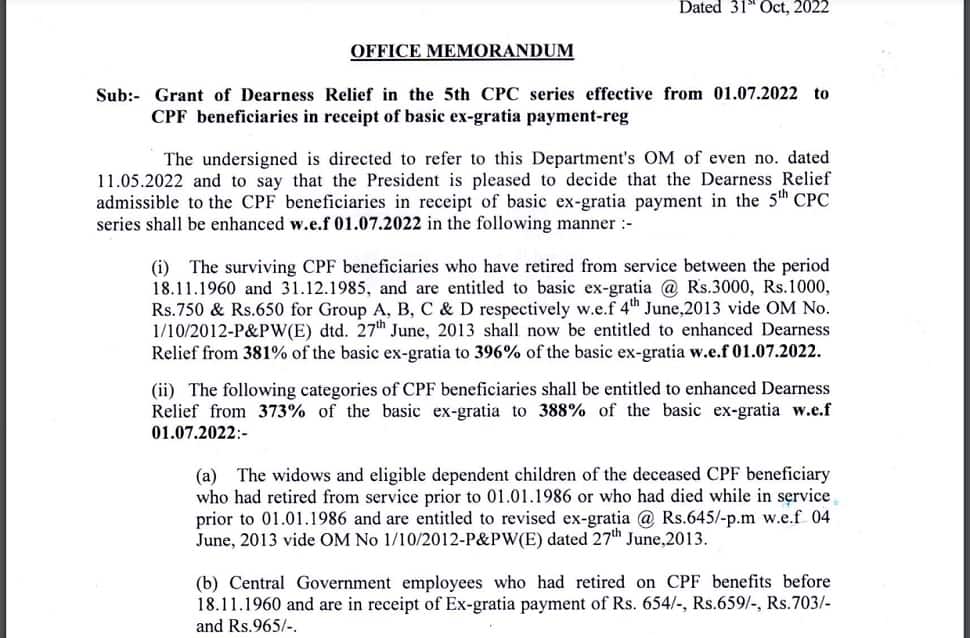 The notification further said that the pension disbursing authorities, including the nationalised banks will be responsible for calculating the quantum of DR payable in each individual case.