According to sources, Budget 2020-21 will take the sops announced in the pre-election interim budget further by changing the personal income tax rates for the salaried in lower and middle-income groups. This may be done through changes in the tax slabs. 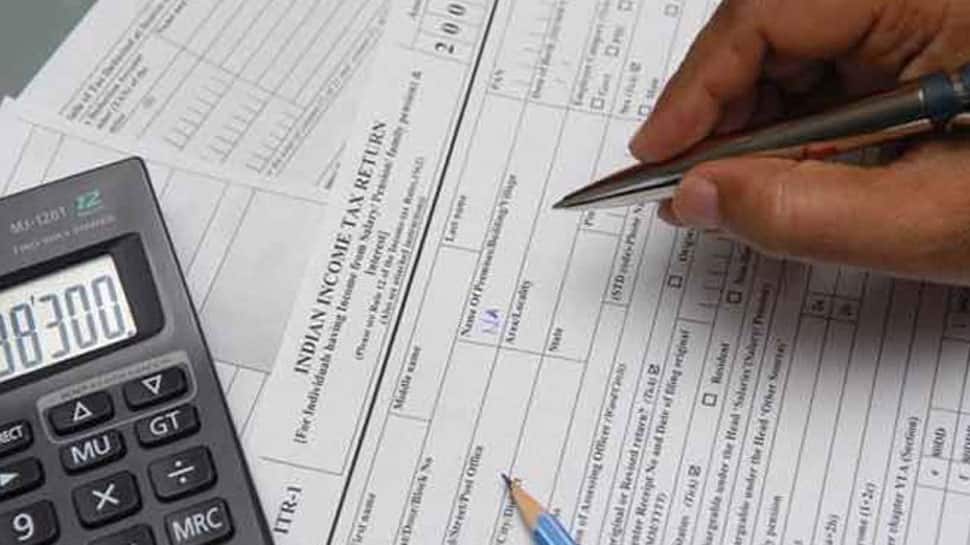 New Delhi: The middle-class tax payers may finally get to cheer lower tax rates on their hard-earned income that are likely to be implemented as part of the Budget proposals to be presented by Finance Minister Nirmala Sitharaman in February 2020.

Sources said that the Budget 2020-21 will take the sops announced in the pre-election interim budget further by changing the personal income tax rates for the salaried in lower and middle income groups. This may be done through changes in the tax slabs.

Accordingly, the sources said, those having annual income between Rs 2.5-Rs 10 lakh may be taxed at the rate of 10 percent while individuals earning between Rs 10-20 lakh may get to pay tax at a lower rate of 20 percent. The tax exemption limit may, however, remain unchanged at Rs 2.5 lakh.

The changes are being considered to provide relief to salaried middle-income class individuals that were left out from the government`s stimulus measures announced in September that reduced income tax rate for the corporate sector to prop up investment climate in a slowing economy.

It is being designed partially on the lines of recommendations given by a task force on the New Direct Tax Code which submitted its report to the Finance Minister in August. The report is still being examined by the ministry.

At present, basic exemption limit is Rs 2.5 lakh per annum and income between Rs 2.5-5 lakh is taxed at 5 per cent. Those in the income bracket of Rs 5-10 lakh are taxed at 20 per cent and those above Rs 10 lakh are taxed at 30 percent rate. There is also a three-layered surcharge for the super rich in the salary brackets of Rs 1 crore, Rs 2 crore and Rs 5 crore.

Though the task force has recommended a major overhaul in the tax administration including sweeping changes in the tax slabs and rates, sources said that government may implement the recommendations partially to prevent any major slippages in tax collection that is already under strain on account of the slowdown.

So, the changes in tax slabs are being considered only for salaried with annual income upto Rs 20 lakh, with continuation of the super rich tax by way of surcharges for some time more. Apart from slabs for income upto Rs 20 lakh, the task force on Direct tax Code has also suggested tax rate of 30 per cent for income between Rs 20 lakh and Rs 2 crore and a new tax rate of 35 per cent without surcharges for all those earning over Rs 2 crore. Its implementation may, however, be kept in abeyance.

The proposed changes in tax slab are expected to benefit a large section of the middle income salaried class. According to the Central Board of Direct Taxes (CBDT), more than 27 per cent of the 5.52 crore individual taxpayers who filed returns for 2017-18 had an income between Rs 5 lakh and Rs 10 lakh. If the recommendations of the task force are implemented, these 1.47 crore taxpayers would move from the 20 per cent slab to the 10 per cent slab.

In the pre-election interim budget, the government had announced full tax rebate to taxpayers earning up to Rs 5 lakh a year. But the subsequent post election budget did not offer income tax sops for the middle income salaried class.

The government`s welfare measures for individual tax payers are expected to add further stress to its finances. This is expected to be reflected in the budget that is may reset the fiscal deficit target for FY21 again. But the roadmap towards fiscal consolidation may be drawn in a way that 3 per cent fiscal deficit is reached in subsequent year.

Government finance, that is constrained by lower growth in tax collections, is expected to be augmented in a big way through disinvestment and higher dividend receipts from the RBI. The spectrum auctions and sale of non-core assets of PSUs including their prized land bank may fill the coffers to the extent that deficit may be prevented from going completely out of hand.