In Pune, workers of NCP and Sambhaji Brigade held a protest against the book for drawing comparisons between Prime Minister Narendra Modi and Shivaji. 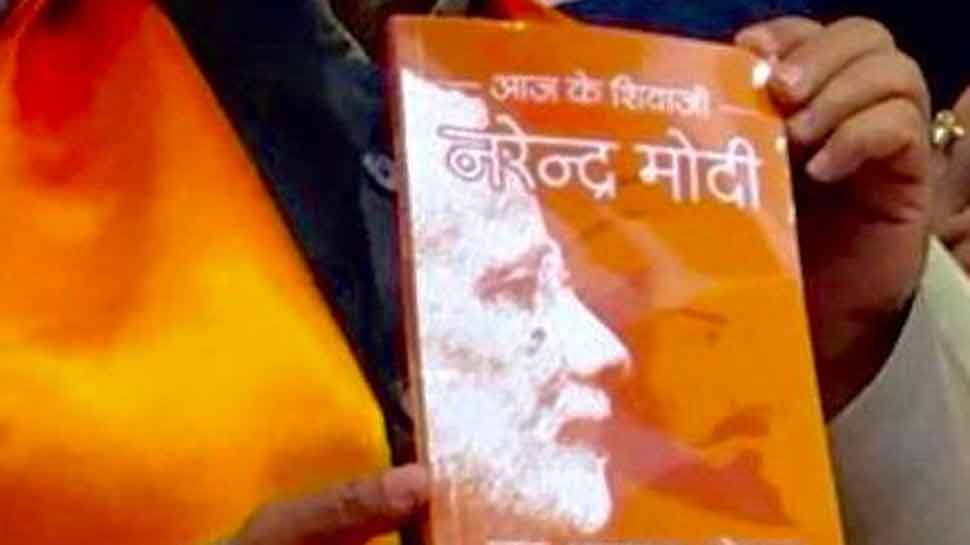 New Delhi: 'Today's Shivaji Narendra Modi' - a book released by BJP leader Jai Bhagwan Goyal in the national capital on Sunday (January 13) has kicked up a political storm in Maharashtra and has been sharply criticised by the three ruling parties in the state - Shiv Sena, Congress and NCP. The parties termed it an 'insult' to the ideals of the great Maratha warrior.

In Pune, workers of NCP and Sambhaji Brigade held a protest against the book for drawing comparisons between Prime Minister Narendra Modi and Shivaji. The protest was held outside the Lalmahal area here. While NCP condemned the comparison and said it was a move to erase the glorious history of the Maratha emperor, Sambhaji Brigade asked to withdraw the book in 48 hours, failing which more agitations would follow.

NCP leader and Cabinet minister in the Maharashtra government, Dhananjay Munde also put out a tweet criticising the book, in which he said that 'nobody can match the greatness of Chhatrapati Shivaji Maharaj'.

Congress leader Sachin Sawant said, "We condemn the attempt to equate Narendra Modiji with Shivaji Maharaj by the Delhi office of the BJP. Shivaji Maharaj was known for his values and ideology which kept everyone together and established Swarajya. All those ideals are being threatened here and the status of Shivaji Maharaj is being brought down."

Speaking of the author of the book, Goyal is a former Shiv Sena leader who had quit the party in 2008 to protest against its anti-north Indian stance and joined BJP in 2014. He is based in New Delhi.