Dragged from inside car, 20-year-old raped by 10 men near Ludhiana

The Punjab Police conducted raids at various places in Ludhiana district after a young woman alleged she was gangraped by around 10 men at a farmhouse near Jagraon town after she and her male friend were attacked and abducted. 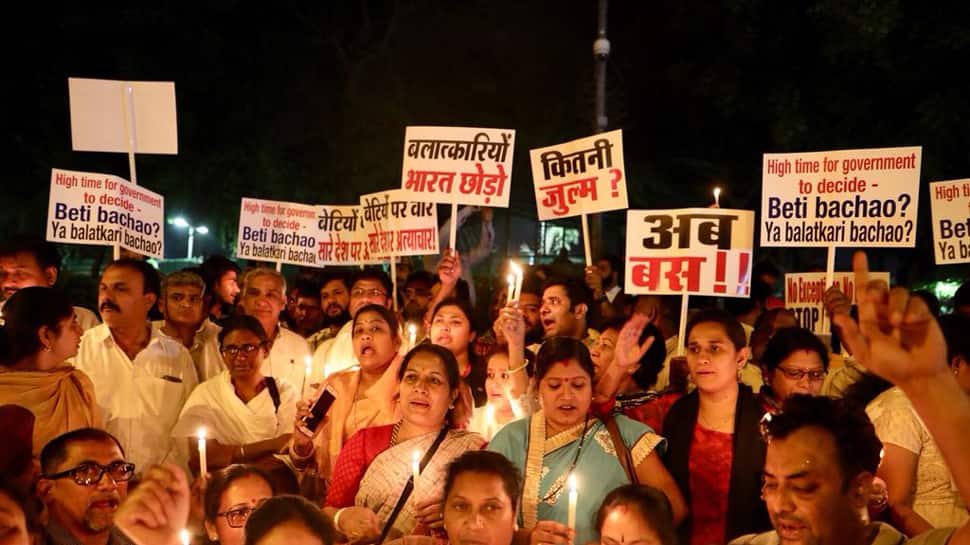 Chandigarh: All accused in the gang rape of a 20-year-old woman in Punjab's Ludhiana district continued to be at large on Monday, two days after the horrific incident. Deputy Inspector General (DIG) of Police Ranbir Singh Khatra admitted that there were lapses by the local police in dealing with the matter due to which such a gruesome crime took place on Saturday night.

"Our main priority at this stage is to arrest the accused. There have been other incidents in the area by some gangs," Khatra said.

Khatra said that Assistant Sub-Inspector Vijay Rattan had been suspended for dereliction of duty as he had failed to investigate the matter seriously and did not inform his seniors about it after the victim complained about the incident.

The Punjab Police on Monday conducted raids at various places in Ludhiana district after a young woman alleged she was gangraped by around 10 men at a farmhouse near Jagraon town after she and her male friend were attacked and abducted.

No arrests have been made so far.

The victim, aged around 20 years, told the police that she and her friend were going in a car from South City area of Ludhiana city towards Issewal village on Saturday night when their car was attacked with bricks by two men on a motorcycle and she was dragged out.

"The car was moving along a canal when the couple were attacked. We have registered a case of rape and under other sections (of Indian Penal Code) against 9-10 persons. They have not been identified yet and their sketches are being prepared," Khatra told the media.

The attackers, who were joined by three others, then got into the car and beat up the man (male friend) and took the car to a farmhouse near Jagraon town, around 170 km from here.

They also called up a friend of the man from his mobile phone and demanded a ransom of Rs 2 lakh. The friend approached the police following the call but the police did not take immediate action.

The couple, who were abducted, were allegedly beaten up at the farmhouse and the woman was gangraped by around 10 men.

The couple were set free on Sunday following which they complained to the police regarding the gangrape and the abduction.