The six-member team of doctors from Delhi's AIIMS will interact with the senior officials of the hospital and take stock of the situation there. 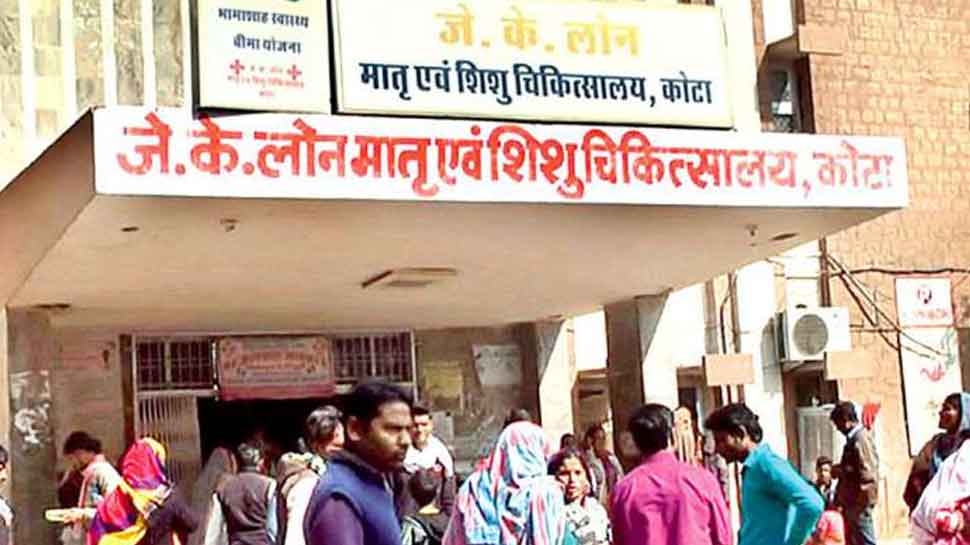 KOTA: A central government team arrived at the JK Lon Hospital in Rajasthan's Kota district on Saturday to probe into the deaths of 107 infants since December month apparently due to lack of proper facilities and medical equipment. The six-member team of doctors from Delhi's AIIMS will interact with the senior officials of the hospital and take stock of the situation there.

The team was constituted by the Union Health Ministry following the death of more than 100 infants since December 2019 at the Kota hospital apparently due to medical negligence and lack of equipment.

Meanwhile, Lok Sabha Speaker and MP from Kota, Om Birla, also met the family members of one of the infants who died at the government-run JK Lon Hospital. ''I met some families of the infants who passed away in JK Lon hospital. We are standing with these families in this hour of grief. I have written twice to Rajasthan CM, suggesting steps to improve medical facilities,'' Birla said.

Taking a suo motu cognizance of media reports about the death of more than 100 children at the government-run hospital, the National Human Rights Commission (NHRC) had issued a notice to Chief Secretary of Rajasthan to submit a detailed report within 4 weeks about the steps being taken to address the issue.

The Commission also asked the Chief Secretary to ensure that such deaths of the children do not recur in future due to lack of infrastructure and health facilities at the hospitals.

"Ten out of a hundred children died within 48 hours between December 23 and 24, 2019. Reportedly, over 50 per cent of the gadgets installed in the hospital are defunct and the hospital is lacking cleanliness and basic infrastructure including oxygen supply in the Intensive Care Unit (ICU)," the Commission said.

Expressing concern over infant "painful" deaths, NHRC said the Commission has observed that the "contents of the media reports, if true, raise a serious issue of violation of human rights".

"According to the media reports, the state authorities have reportedly stated that the number of deaths is low in comparison with earlier years. As per the statistics quoted by the State authorities 963 children have died in the year 2019 at JK Lon government hospital while this figure was above 1,000 in the preceding years," an NHRC release said.

Meanwhile, Congress leader Harish Rawat on Saturday said that the Rajasthan government is taking against those responsible that led to the death of over 100 infants at the hospital.

"The government is focussed and various steps are being taken by the Chief Minister Ashok Gehlot. Action is being taken against those who were at fault. They are also being punished," Rawat told ANI. Rajasthan Health minister Dr Raghu Sharma has been denying negligence on part of state machinery over the deaths of children in Kota.

The Congress leader said that BJP had over the last five years destroyed the medical facilities in the state and his party is improving it now.

10 infants die within month in hospital in Rajasthan's Bundi