Kailash Gandolia, BKS state general secretary said they are being forced to launch the violent agitation as the Vasundhara Raje Scindia-led government did not pay heed to their demands. 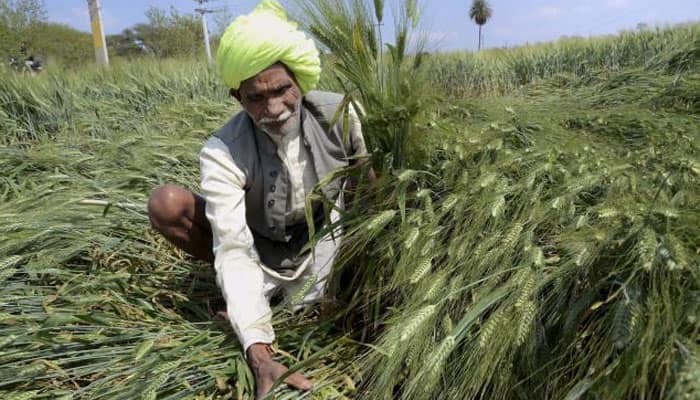 Udaipur: Unhappy with the Rajasthan Government over handling of farmers` issues in the state, the Bhartiya Kisan Sangh (BKS) on Sunday declared that it will launch a state-wide agitation against the government from June 20, adding that all the farmers market (mandi) will be shut down in the state.

Speaking to ANI, Kailash Gandolia, BKS state general secretary said they are being forced to launch the violent agitation as the Vasundhara Raje Scindia-led government did not pay heed to their demands.

"The attitude of this government is cold hearted. They are not even talking to us to redress our issues. Mandis in each and every village will be closed. We will sit on streets to protest. This movement will begin from June 20," Gandolia said.

He also threatened that the agitation might take a violent turn if any untoward incident takes place.

Reportedly, the agitation was triggered by the government`s refusal to buy mustards at Minimum Support Price (MSP).

Prices of mustard in Rajasthan nosedived after the supply outstripped demand.Besides, the farmers are also demanding a loan waiver for their produce.