Akshay Kumar plays Dr Richard and he is not the villain. 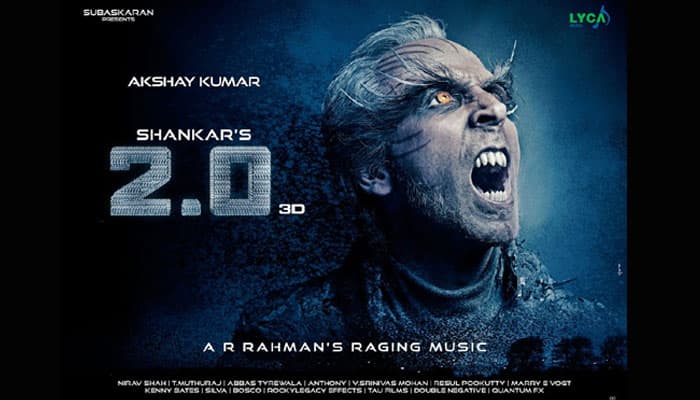 Mumbai: Akshay Kumar’s beast like avatar in Rajinikanth starrer 2.0 has sent shivers down the spine of many. The hunk of an actor, who is blessed with irresistible good looks, is gearing up for his first Tamil film opposite none other than Thalaiva. The general perception was that the Khiladi superstar will be essaying the role of an antagonist in the film.

But that apparently isn’t the truth. Akki plays Dr Richard and he is not the villain.

“Akshay is not a villain in ‘2.0’. The costume and prosthetics suggest he plays a ferocious character. And he does!  But Akshay’s role as Dr. Richard is fighting for the right causes. He struggles against forces that have plundered and devastated the earth,” Deccan Chronicle quoted a source as saying.

“It was never a villainous part even when it was offered to Kamal Haasan. Once Akshay came in, even the hints of negativity were removed as they clashed with his image of the national hero,” the source added.

Directed by Shankar, 2.0 is a sequel to Enthiran (2010), a sciene-fiction film also starring Aishwarya Rai Bachchan.

Produced by Lyca Productions the film made at an estimated budget of Rs 450 crores is believed to be the most expensive Indian film to date. The audio of the film was launch during a gala event in Dubai. Attended by AR Rahman, the music composer of the film, Akshay, Amy and Rajini from the star cast, the event was one of the biggest with live performances by singers who have lenbd their voice to the songs in the film.

The film also stars Amy Jackson and is slated to hit the silverscreen on January 25.