He shared a photograph on his official Twitter handle. 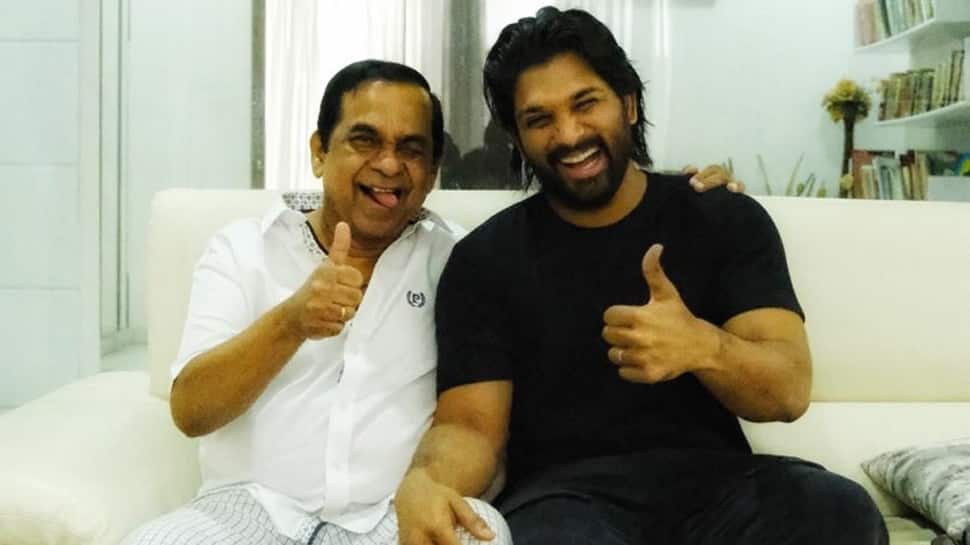 Veteran actor Brahmanandam underwent a bypass surgery recently at a hospital in Mumbai. The comedy king was suffering from a pain in his chest and when approached a specialist he was asked to go for a surgery. He came back to Hyderabad recently and is doing well.

Well, actor Allu Arjun took time out from his busy schedule to meet the ace comedian. The actor duo worked for 'Race Gurram', a film in which Brahmanandam played Kill Bill Pandey. In the movie, the two shared great chemistry. Personally too, Allu Arjun is a fan of the comedian since his childhood. So he visited the residence of Brahmanandam and spent some time with him.

He shared a photograph on his official Twitter handle and wrote, “Real Iron Man. Man with a strong heart. Funny &Fearless. Soo happy to see my Kill Bill Pandey killing it (sic).”

Allu Arjun, who is prepping up for his upcoming film with Trivikram Srinivas always made to headlines for several reasons. Besides his acting skills and dance performances, the actor is known to be a kind hearted person who always wins the hearts of other people around him with ease. Off-screen too, he is definitely a hero.

Well, he also attended the wedding reception of one of her managers and even those pictures have gone viral. In both the pictures, the actor was seen sporting a new hairstyle and this takes his fans back to those Deshamudhuru days when he sported the same kind of hairstyle.

Tamil version of 'Arjun Reddy' to be reshot