Nishabdham or Silence is directed by Hemanth Madhukar and produced by TG Vishwa Prasad. It features stars Anushka Shetty, R Madhavan and Anjali in the lead roles. 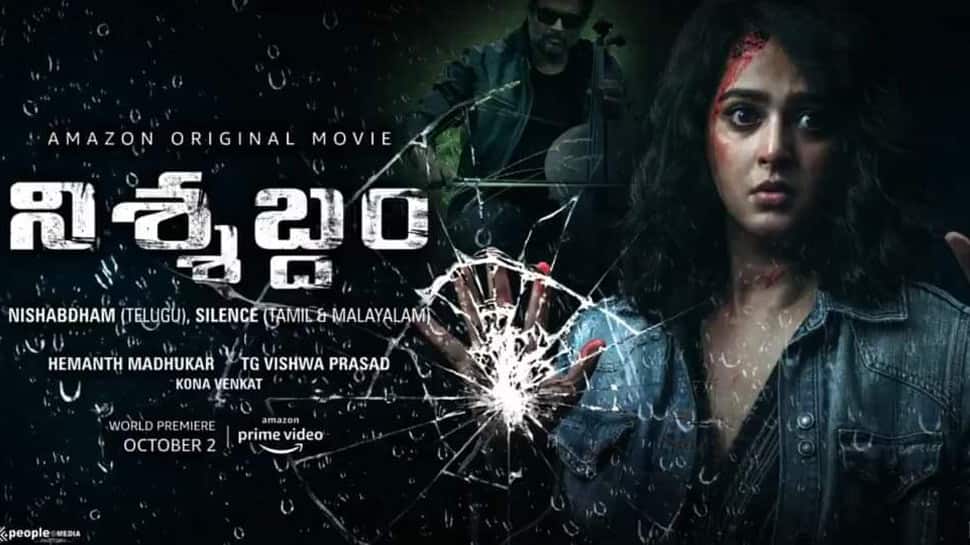 New Delhi: South stars R Madhavan and Anushka Shetty's much-talked-about venture 'Nishabdham' is all set to premiere on Amazon Prime Video on October 2, 2020. Titled as 'Silence' in Tamil and Malayalam, the movie will mark its global premiere in 3 languages.

Nishabdham or Silence is directed by Hemanth Madhukar and produced by TG Vishwa Prasad. It features stars Anushka Shetty, R Madhavan and Anjali in the lead roles.

Check out the motion poster of 'Nishabadham/Silence' here:

"Sakshi is a character very new to me compared to all that I have played so far,” said Nishabdham actor Anushka Shetty.

“A character that pushed me out of my comfort zone, a character I’m glad it came my way. It was really nice to work with Madhavan again, always been an admirer of his work. Subbaraju, Avasarala Srinivas, Anjali, Shalini Pandey, Micheal Madsen, Olivia Dunkley and our director Hemanth Madhukar, Mr Vivek Kuchibhotla, DOP Shaneil Deo and each and every one of our technicians and crew who are a part of Nishabdham - Thank you. We as a team are looking forward to bringing Nishabdham to all of you fans and audience. Thank u team Amazon for helping us reach out to everyone out there globally”.

“I enjoy watching and being a part of thriller films. Nishabdham is definitely one of the most intriguing movies that I have been associated with,” said Nishabdham actor, R Madhavan.