'Ardaas Karaan' is about spirituality and family values we inculcate in children: Gippy Grewal

The story and the screenplay of the film have been done by Gippy, who has also directed and co-produced the film. Calling it his dream project, Gippy said he had been thinking about making a film on the subject for a long time. 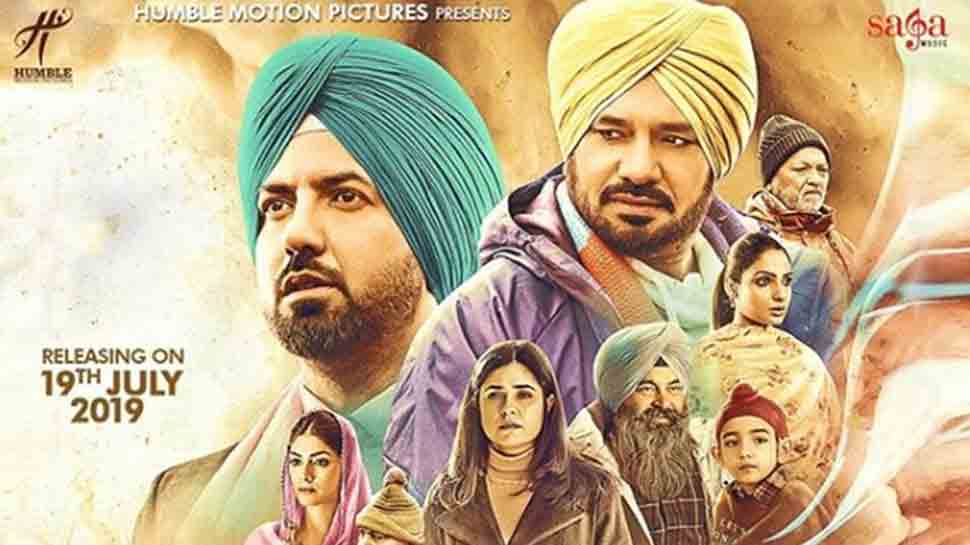 The story and the screenplay of the film have been done by Gippy, who has also directed and co-produced the film. Calling it his dream project, Gippy said he had been thinking about making a film on the plot for a long time.

The trailer of the film, which was dropped some time back, revolves around the lives of three old men who are mistreated and face a conflict of opinions with their family members in the age when they need utmost love, care and respect from them. Feeling dejected by their children, they decided to end their lives when Gippy's character in the film makes entry and motivates them to live to the maximum before they see their end.

From there, the elderlies' journey to finding hope begins.

The actor was in the national capital on Tuesday to promote his film. Speaking about his film, he said, "The film is about spirituality, family values, and virtues which we inculcate in our children. Ever since we entered the modern era, there has been a drastic change in the values and attitude of children of the millennial generation towards their elders. I have tried to show these issues in my film 'Ardaas Karaan'."

"'Ardaas Karaan' shouldn't be taken as a serious film. It has elements of fun and humour and most important, it is a positive film. But it will also take us through emotional ride and twists," he said.

"When I was about to start work on the storyline for the second part, I was looking for a universal subject for the film. At that time, I was approached by a number of people who asked me to make a film on the issues faced by the people of Punjab. Hence, I came up with a film on the parent-children relationship and the conflict of opinions they face," he added further.

Before concluding, the multi-talented actor revealed that the third installament of comedy film 'Carry On Jatta' is all set to go on floors by the end of this year and the film will hit the theatres in 2020.