Arun Vijay shares pictures from the sets of Saaho

This film marks the actor’s second project in Telugu 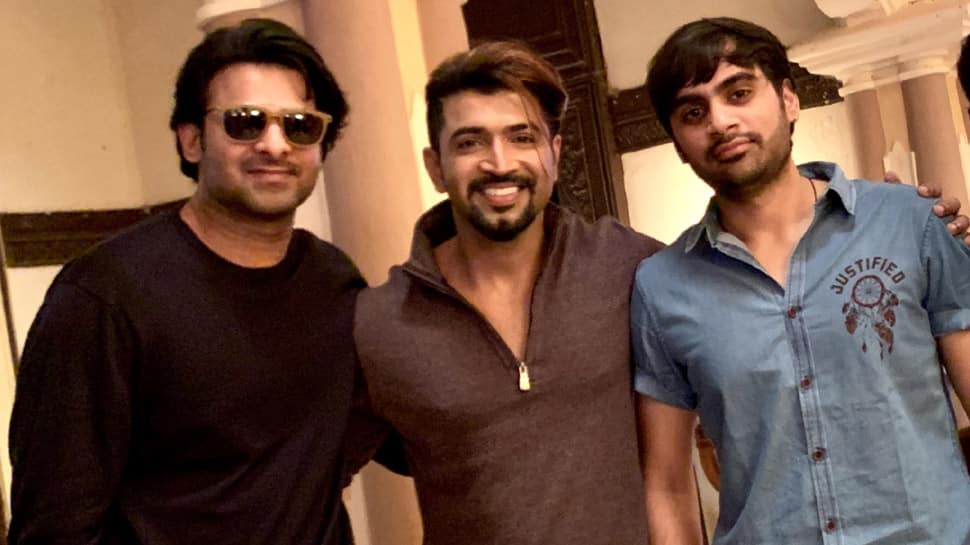 Arun Vijay is definitely not a new face to Telugu audience. The actor made his Telugu debut as the antagonist in Bruce Lee and now, he is on cloud nine on being part of Saaho, one of the most awaited films of the year. The actor was also seen in many Tamil films which were dubbed and released in Telugu. His recent film that was dubbed into Telugu was Chekka Chivantha Vaanam, a Mani Ratnam directorial which released in Telugu as Nawab.

The actor has been actively taking part in the shoot of Saaho and he shared a couple of photographs from the sets. In these pictures, one can see a happy Arun who has posed for the picture with Rebel star Prabhas and director Sujeeth Sign.

He shared the photographs on his official Twitter handle and wrote,  “With the sweetest darling #Prabhas &dir @sujeethsign from the sets of
#Saaho (sic).”

It is not yet known whether Arun Vijay will be playing a negative role or not. And which actor is playing what is something that is kept under the wraps. Saaho also has Shraddha Kapoor and an ensemble cast.The team started shooting for the film in August 2018 and was extensively shot in Dubai, Europe, Hyderabad, Romania and other places
so far. Sujeeth Reddy, who made his directorial debut in 2014 with Run Raja Run is the director of the film.

The film is being produced by Vamsi Krishna Reddy and Pramod under UV Creations. This film marks the second film of Prabhas in this banner, while the first one was Mirchi.

Praana to release in 3 languages in February