As 'Darbar' releases, Rajinikanth's family visits Chennai theatre to cheer for him with fans

As 'Darbar's first show opened in theatres, Rajinikanth's wife Latha, daughters Aishwaryaa and Soundarya, with their respective families, checked into a Chennai theatre to watch the film. 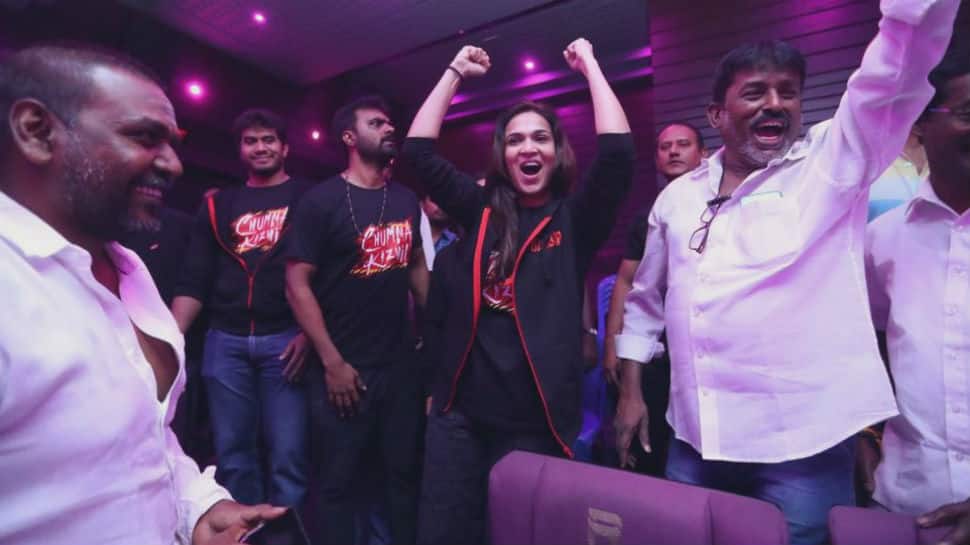 New Delhi: Considering the fanfare over the release of megastar Rajinikanth's much-awaited film 'Darbar', it will be totally justified to say that January 9, Thursday, is 'Darbar' day. Fans made sure that Rajinikanth's film gets a thunderous response and so did his family. As the first show opened in theatres, his wife Latha Rajinikanth, daughters Aishwaryaa and Soundarya, with their respective families, checked into a Chennai theatre to watch 'Darbar' first day first show.

Aishwaryaa, Soundarya and the others also picked out customised T-shirts to cheer for their father and 'Darbar'', which is Rajinikanth's 167th film.

Sharing a picture of herself from the theatre, Soundarya tweeted, "And that's how my day began. SUPERSTAR!!!!! #DarbarFDFS."

Here are the photos of the family enjoying the first show the film with Rajinikanth's fans.

Meanwhile, Aishwaryaa shared a picture of herself twinning with Soundarya in customised 'Darbar' jackets. "We live you ....love you Appa," she wrote.

We live you ....love you Appa ! #sistersquad #darbar

As 'Darbar' opened in theatres, fans of the superstar began gathering and celebrating outside the theatres in Chennai and other cities. Large queues were seen outside the ticket windows. Twitter, too, is filled with hashtags dedicated to Rajinikanth and 'Darbar'.

Pictures and videos posted on social media show that his fans celebrated the release of 'Darbar' by cutting cakes outside the theatres, donning T-shirts with Rajinikanth's photo imprinted on them. People are also bursting crackers and beating drums outside the theatres to welcome the film's release.

Ahead of the release, Rajinikanth's fans also offered special prayers at the Amman Temple in Madurai for the success of 'Darbar'.