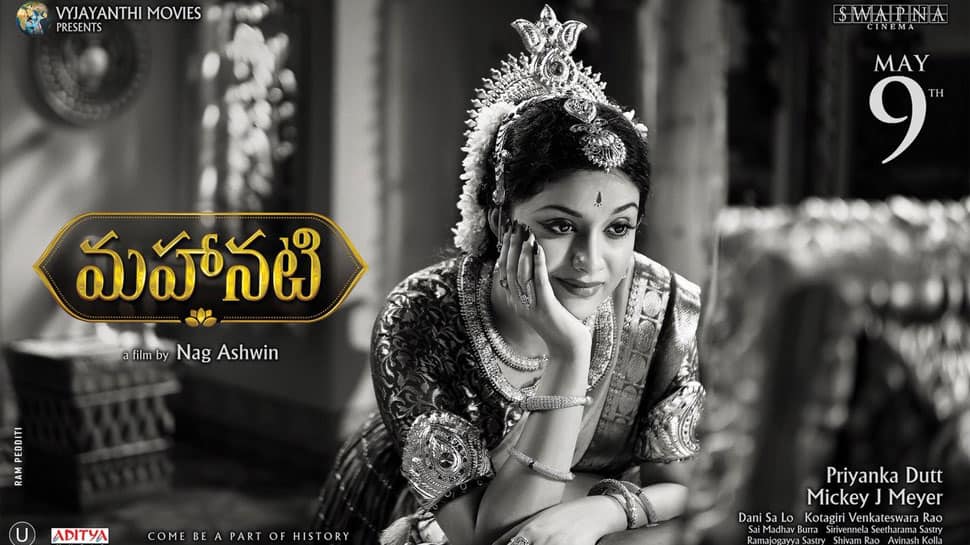 Mumbai: "Mahanati" in Telugu and "Nadigaiyar Thilagam" in Tamil, the bi-lingual biopic on the legendary Telugu-Tamil actress Savitri, promises to take the audience through various stages of her life from childhood to old age. It will also recreate some of Savitris most iconic dramatic sequences and songs and dances.

While Keerthi Suresh has been elected to play Savitri, huge Telugu stars like Samantha Akkineni, Dulquer Salman and Vijay Devarakonda have stepped into supporting roles.

Explains Vijay Devarakonda, "Those who saw me in almost every frame of 'Arjun Reddy' would wonder why I've chosen to do a relatively small part. 'Mahanati' is a film where actors have surrendered unquestioningly to director Nag Ashwin's vision. The hero of the film is Savitri. We are all playing supporting parts."

Producer Priyanka Dutt who teams up with her sister Swapna Dutt says "Mahanati" is the biggest challenge of her career.

"For the past 45 years, our family banner Vyjayanthi Movies has been synonymous with larger-than- life, commercial cinema. We have at various points produced the highest grossing films of the industry. We have introduced directors like Rajamouli and actors like Mahesh Babu, Jr. NTR, etc."

"Me and my sister, Swapna Dutt, started on our own in 2015, with a genre breaking film called 'Yevade Subramanyam' . The film was the first film to be extensively shot in the Mount Everest region and a story never explored before, not just in Telugu but Indian cinema," says Priyanka.

The film was a critical and commercial success which opened the doors for a lot of newer genre films and directors.

"Now comes our most ambitious project. 'Mahanati' is our biopic on the legendary actress Savitri. With a filmography of 300 films in five languages she dwarfs even stalwarts like Nargis or Madhubala.

"The film is an epic in every sense of the word, from the drama in her rags to riches story, to the grandeur of the era which saw the birth of cinema in India.We have roped in a starcast that would make this the biggest multistarrer in the country. A lot of heart and soul has gone into this project and we want Savitriji's story to be taken to a global stage. The amount of research and honesty in this biopic would surely put it steps ahead of any other bio-pic," says Priyanka.