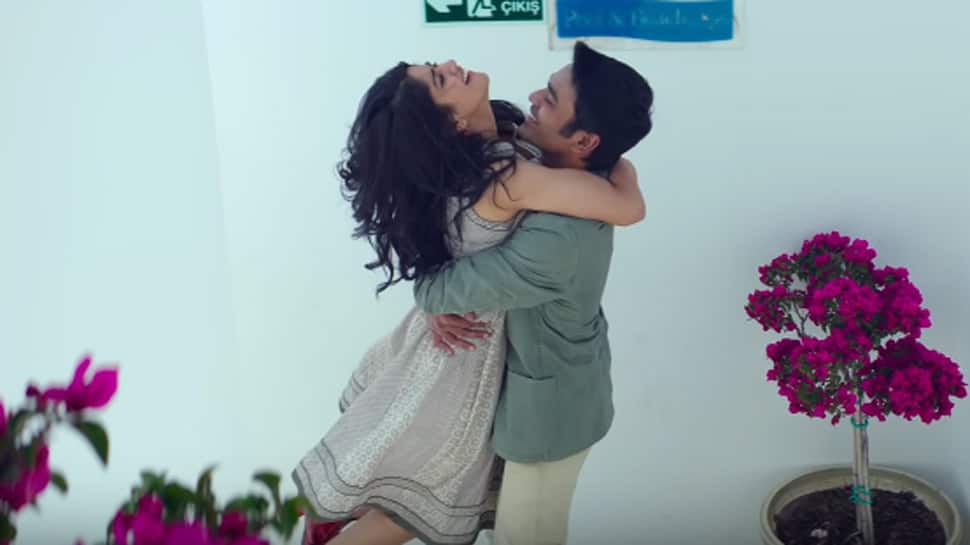 There is a stirring synthesis of dread and exhilaration in the way Tamil auteur Gautham Menon goes from romance to violence in this largely-engaging drama of disingenuous commitments. Family ties, personal affections, societal prejudices and disruptive violence all fall effortlessly in Menon's range of virile vision.

Menon, who has been absent from filmmaking for a while (his last ambivalently-received work "Sahasam Swasaga Sagipo" came in 2016), returns to form with this film. Breathlessly paced and brimming with ferocious anxiety, "Enai Noki Paayum Thota" weds tenderness with brutality in the way only Menon can.

He devotes all of the first half in the delicately-drawn rituals of courtship between college student Raghu (Dhanush, playing a 20-year old is a bit of stretch, but this is where the age-old convenient suspension-of-disbelief comes in handy) and the exploited actress Lekha (Megha Akash, charming when not under emotional stress).

The mating games are played with an enchanting elegance. This is romance in the purest cinematic sense, ethereal and unattainable, cadenced and magnetic, shot with an eye and ear for workaday sublimity. Menon lets the couple find and celebrate idealised love in routine places.

Even as we savour the couple's moments together the narrative takes a sharp swerve into violence. The restless narrative shifts to Mumbai for action scenes which are as elegantly shot as the romance. Menon never allows any awkwardness to seep into his cinema even as he negotiates impossible genre jumps like a seasoned trapeze artiste.

There is something uniquely ingratiating in the clasp of courtship and mayhem that Menon here. While Dhanush thinks a clean-shave look entitles him to ever-youthfulness, his co-star has a much less challenging role. Megha Akash reminded me of Urmila Matomdkar in Ram Gopal Varma's "Mast" -- the exploited actress locked in a gilded cage, pining to be liberated through love.

"Enai Noki Paayum Thota" is a film of many virtues about characters who do not shy away from their vices. There is a remarkable sense of headlong apprehension in the scenes. Both the romance and action are perched dangerously in a steep space where they can easily topple over into an abyss. The fluency of director Gautham Menon's directorial language holds together the disparate dimensions of life that we sometimes weigh against the powers of love to heal rather than hurt.

This is not Gauthan Menon's finest film but definitely his best work in recent years. And that's saying a lot.