The official teaser of the biggest Punjabi movie of the year is out now. 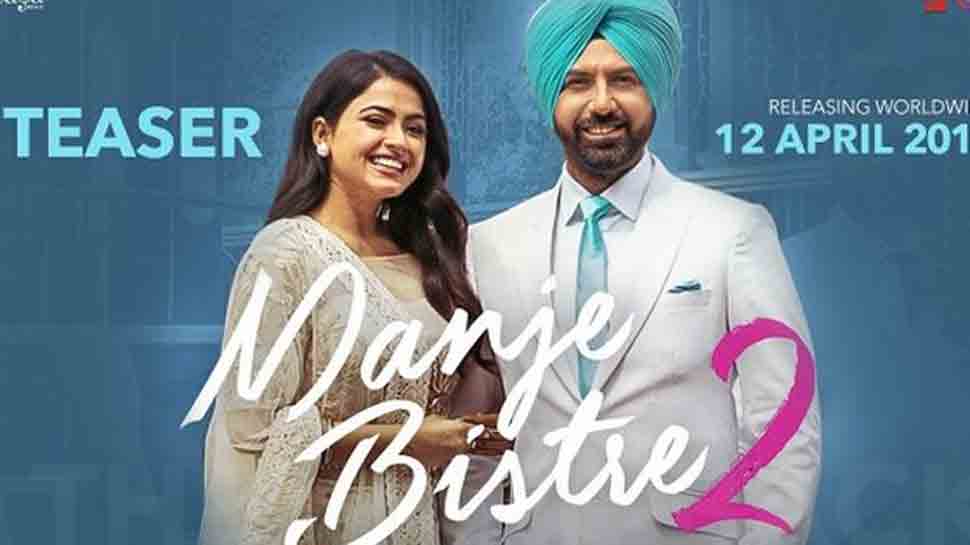 New Delhi: Punjabi actor-singer Gippy Grewal, who turned a year old on Tuesday, has shared a teaser of his forthcoming film, 'Manje Bistre 2' with his fans. The film has been generating a buzz ever since the project was announced.

Only recently, the makers had released the posters of the film and now, they have released the first teaser of the film. The 1.16-minute-long clip will certainly leave the fans asking for more.

Check out the teaser of 'Manje Bistre 2' here:

The first instalment of 'Manje Bistre' featured Sonam Bajwa as the female lead. Released in 2017, 'Manje Bistre' set the cash registers ringing at the Box Office. Hence, expectations are already soaring for the sequel. As per reports, 'Manje Bistre' is also the fourth highest grossing Punjabi movie of all time behind 'Carry on Jatta 2', 'Chaar Sahibzaade' and 'Sardaar Ji' according to the Box Office India reports.

Actress Simi Chahal has replaced Sonam as the female lead in the second instalment. The film is directed by Baljit Singh Deo and produced by Gippy Grewal, Jaggi Singh and King Randhawa under the banner of Humble Motion Pictures.