Priya Prakash Varrier became an overnight star in 2018 after a video clip of hers from Malayalam film 'Oru Adaar Love' went crazy viral. 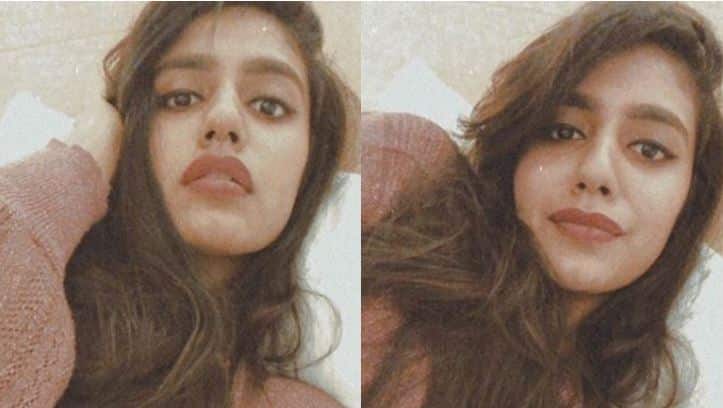 New Delhi: In a suprising move, Malayalam actress Priya Prakash Varrier, famously known as the wink girl, deactivated her Instagram account on Sunday, leaving her 7+ million followers upset. She is a social media sensation and rules the hearts of many.

Priya Prakash Varrier became an overnight star in 2018 after a video clip of hers from Malayalam film 'Oru Adaar Love' went crazy viral. The internet was swooning over her wink and looks. Her posts always broke the internet. It was only Instagram through which fans could reach out to Priya, but now, after she’s deactivated her account, surely people who loved her will miss the actress’ posts.

As per reports, Priya decided to deactivate her Instagram account due to constant trolling. It is, however, a temporary decision. The actress is one avid social media user and was followed by 7.3 million people on Instagram.

Last week, she surprised her fans with her much-awaited debut on TikTok.

On the work front, after 'Oru Adaar Love', Priya Prakash's film 'Sridevi Bunglow' was announced. The film's shooting is complete but the makers are yet to announce a release date.