This Gautam Thinnanuri directorial has Nani, Shraddha Srinath and Sathyaraj in lead roles is based on a true story. 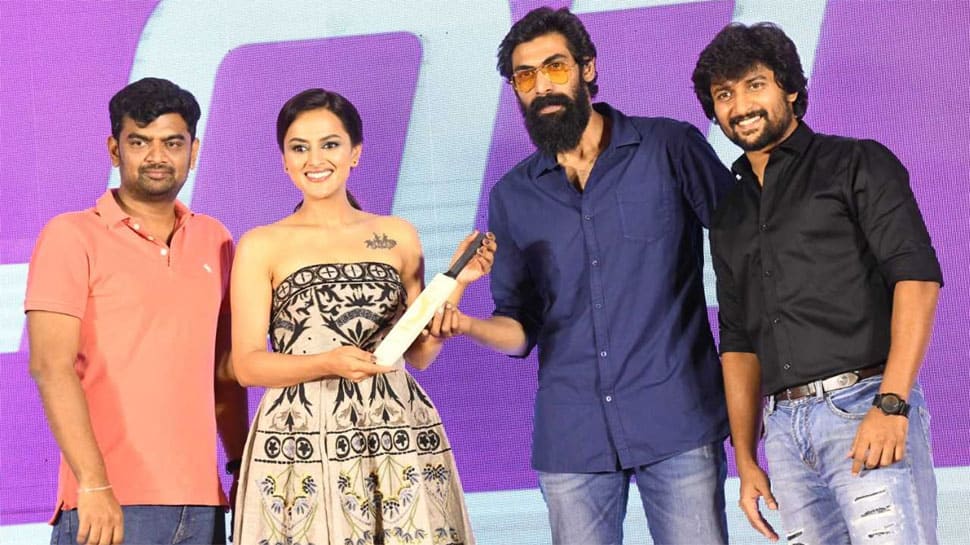 Jersey, the film which released last week has turned out to become a blockbuster hit and is running successfully in all the theatres in both the Telugu states as well as overseas.

This Gautam Thinnanuri directorial has Nani, Shraddha Srinath and Sathyaraj in lead roles is based on a true story. Many celebrities from the film fraternity have appreciated the film for its unique way of narrative and story. Actor Daggubati Rana attended the event as a chief guest and appreciated the team for the efforts.

He said, "Nani is one actor who keeps inspiring me always and again and he has done that with his performance in Jersey. The entire team deserves special applause and Jersey is a film which will remain special forever in the hearts of many. I welcome Shraddha to the Telugu film industry and hope Nani keeps flying high like this forever."

In Gautam Tinnanuri's words, "I never imagined such a big response to the film. I thank the critics, media, and audience who made this film so special for me. Also, I want to laud my direction department who worked day and night for the film. Last but not least, I own Nani sir big time for making this film such a big hit".

Finally, Nani said "Generally many keep sending congrats messages for about three days after the film's release. But for Jersey, the messages haven't stopped. Every special has been special and emotional. They are like love letters and even after a week, they have been increasing a lot. Jersey will always be a special film and I thank Gautam for bringing this to me. Finally, I thank Rana for coming in as the chief guest and speaking such lovely words about the film".

In Shraddha Srinath's words "I am speechless with the way the film is getting good applause from all over. I loved playing Sara and never imagined such a great response to my role. I am loving the way I have been welcomed by the Telugu audience and would love to do more films here".