Riddhi imparts to Parimal a kind of brave yet fragile fatalism that is the opposite of any 'ism'. 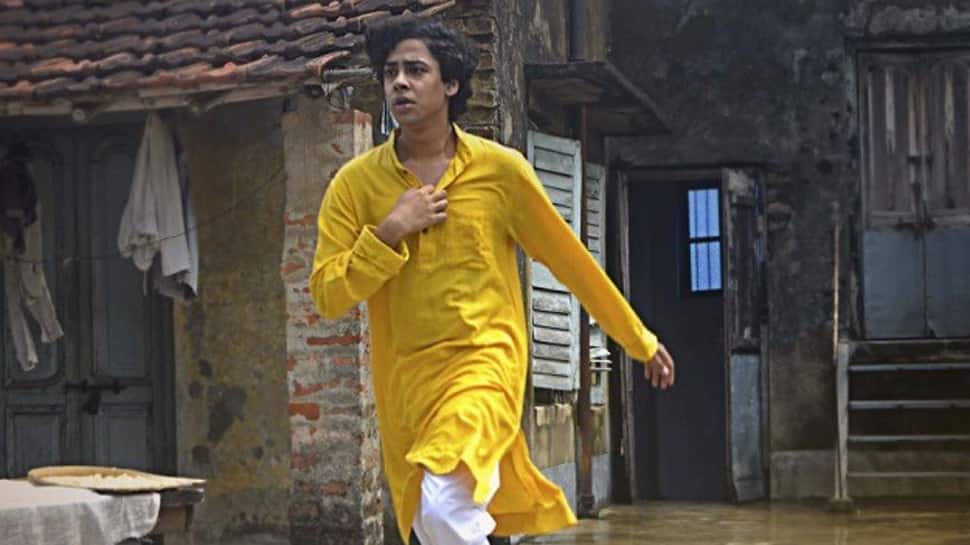 There are passages in this profoundly melancholic study of gender disorientation where the wall dividing the characters from the audience disappears. And what we see is the naked soul of two people who are desperate to seek happiness in a world that won't even allow them a place to live peacefully.

Not that there are any evil characters in "Nagarkirtan", the most vivid portrayal of existential segregation that I've seen since Aparna Sen's "36 Chowringhee Lane". In that pathbreaking study of solitude Jennifer Kapoor played an old anglo-Indian spinster who didn't quite fit in.

Parimal, a.k.a Pari in "Nagarkirtan" is neither old nor culturally distanced from the mainstream. His undoing is his sexual ambivalence. Parimal is not a transgender (I don't know why the director has been referring to him as such in his interviews). He is a woman trapped in a man's body.

The exceptionally talented Riddhi Sen (who rightfully earned the National award for his performance) plays Parimal as a caged bird, fluttering its wings uselessly on its cage bars, knowing it cannot fly. So complete and convincing is the actor's transformation into a gender-transferred entity that on several occasions during the zizagging narrative I wondered if Riddhi was actually into crossdressing, and was he a homosexual in real life?

(The answer to both the questions is, no)

Riddhi imparts to Parimal a kind of brave yet fragile fatalism that is the opposite of any 'ism'. Survival is the essence in her being, and the actor plays the character as a vulnerable somewhat cunning survivor, filled with an unspoken angst that bursts out into a full-bodied display of ardour when she meets Madhu, a pizza delivery man who moonlights as a flautist in a kirtan mandali. Madhu doesn't quite understand the roots and evolution of his feelings for the boy-girl.

Actor Ritwick Chakraborty brings out the bewildered passion in waves of brilliance.

Director Kaushik Ganguly invests the film's central tragedy unquestionably in the talents of the two principal actors. To his good fortune neither Riddhi Sen nor Ritwick Chakraborty lets down the sensitive subject for even a split second. Both the actors cling to their characters and to each other with their dear lives imbuing on the narrative a kind of tragic inevitability that would have rendered itself effectively to a love legend were it not such a bizarre relationship when weighed against the conventional Radha-Krishna allegory that the director brings in through the gorgeous kirtan music.

Ganguly also brings in a whole of confusing editing into play. He not only takes us back and forth in Parimal's journey from fractured adolescence to doomed adulthood he insists on foraging into the fractured lives with a kind of feverish restlessness.

The love and elopement all happen in a rush which the editing captures in welters of deliberate uncertainty. There was no need to make time so scrambled in the plot. Not when Love itself is so conflicted.

What anchors Naragkirtan solidly to the theme of sexual diastrophism are the two principal actors who play out the doomed love with a vigorous vulnerability. Director Kaushik fills the frames with real eunuchs who compound rather than assuage Parimal's predicament. What he seeks is not neutrality but womanhood. In denying Parimal's gender confoundment a decent burial, this film tells you what happens to fringe people in society run by exploitative forces.

Whether it is Violent Stoneheim or Apoor Parimal, the vulnerable invariably get crushed, Naragkirtan is a crushing blow to every concept of conventional love. What it finally says about the nullity of human desire is frightening to the extreme. But then, who said life could ever be easy?

Soundarya Rajinikanth shares pics from her dreamy honeymoon-See inside