Nani will be seen playing two different characters in the film and it is said that the movie is based on a Hollywood film. 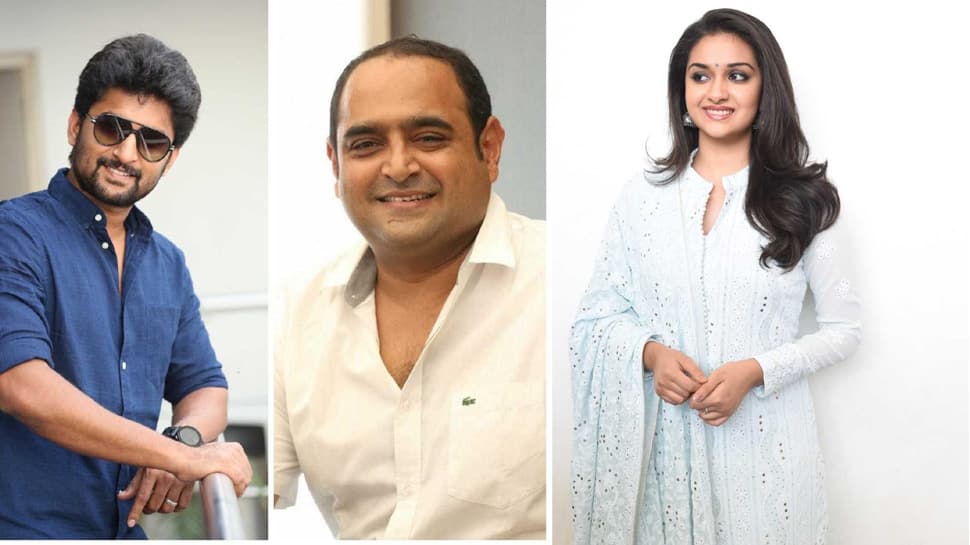 Famous star Nani has recently wrapped up the shoot of his upcoming film 'Jersey' which is slated for release in the month of April. Directed by Gowtam Tinnanuri, the film has Nani as a cricketer who wants to make it big at the age of 36. Shraddha Srinath is playing the leading lady of the film. His first ever TV show as host, Bigg Boss 2 in Telugu has helped him in increasing fan base and also in connecting to his fans more than ever.

Well, it was already reported that the actor has teamed up with Vikram Kumar of Manam, 24 and Hello fame. The film is a love story and Nani especially mentioned while announcing the project that this one is definitely for girls and that they shouldn’t miss watching it. The film is being produced by Mythri Movie Makers and will go on floors from February 19.

Well, the latest news is that the film is going to have five heroines. It is said that Keerthy Suresh, Megha Akash, Priya Prakash Varrier are currently on the list. Names of the rest of the two other actresses will be announced soon.

Nani will be seen playing two different characters in the film and it is said that the movie is based on a Hollywood film. This film is yet to titled and is expected to release by the end of the year. Rest of the cast and crew details will be announced soon by the makers, once the film goes on floors.

Zarine Khan to pair opposite Gopichand in spy thriller