Niharika Konidela's Suryakantham teaser out, film to release in March this year

The shooting of the film has been wrapped up and the post-production works are going on. 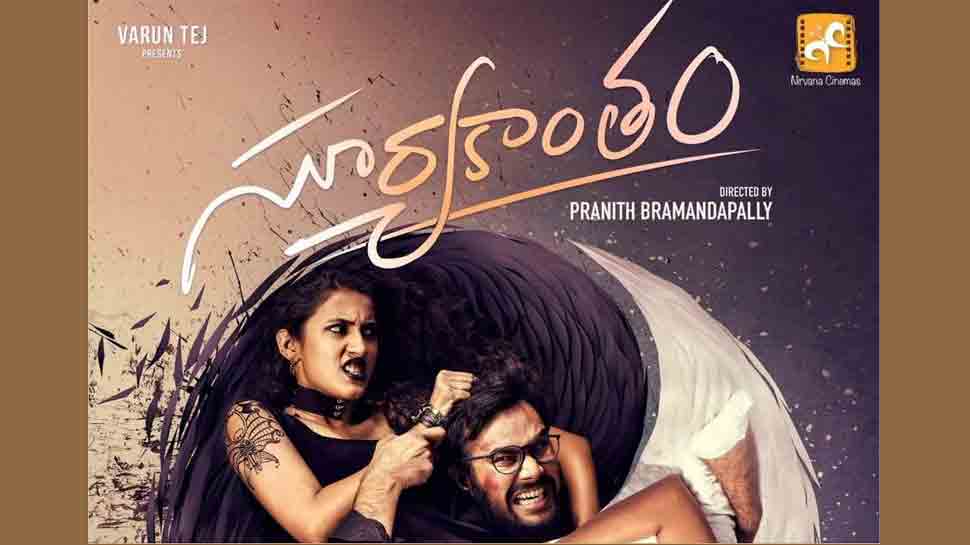 New Delhi: The teaser of Suryakantham, which marks the directorial debut of Pranith Bramandapally, was unveiled on Saturday. The film has Niharika Konidela and Rahul Vijay in lead roles. Niharika was last seen in 'Happy Wedding' and Rahul in 'Ee Maya Peremito'.

Varun Tej Konidela, brother of Niharika is producing the film and he released the teaser on his social media account. He wrote, " She is Fun! She is crazy! She’ll make you Laugh! She’ll make you Cry! She is Suryakantam. Here’s a teaser…#SuryakantamTeaser (sic)."

The teaser was also praised by actors like Rana Daggubati, Sai Dharam Tej, director Anil Ravipudi and others who posted it.

In the one-minute teaser, one can see an adorable Niharika in an all new avatar and Rahul in a geeky one. The teaser is like a rollercoaster ride and is fun to watch and the film is slated for release on March 29, 2019.

The shooting of the film has been wrapped up and the post-production works are going on.

Mega prince Varun Tej has launched the first look of the film and it garnered a good response. The teaser has been launched and is quite refreshing with new-age concept.

Actors Shivaji Raja and Suhasini are playing supporting roles in the movie. Music is composed by Mark K Robin. Leading US film distribution company, Nirvana Cinemas is also presenting the film while Hari Jasthi is working as the cinematographer.