Soundarya Rajinikanth shares pics from her dreamy honeymoon-See inside

Check out the pics 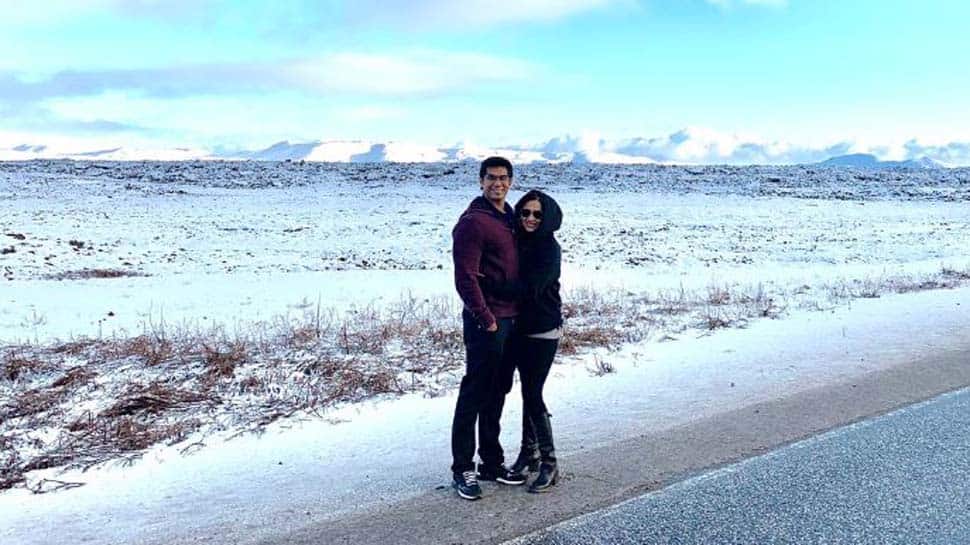 New Delhi: Superstar Rajinikanth's daughter Soundarya Rajinikanth tied the knot Vishagan Vanangamudi recently in a grand wedding ceremony on February 11. The couple had flown to Iceland for their honeymoon and Soundarya even shared some dreamy pictures from their exotic holiday.

Both Soundarya and Vishagan have married for the second time. Soundarya captioned the images as, "#Iceland #Honeymoon #Freezing #LovingIt #LivingLife #GodsAreWithUs #MissingVed."

Soundarya was earlier married to industrialist Ashwin Ramkumar and the couple even have a son named Ved. In 2016, the duo filed for divorce and got separated subsequently.

Soundarya started her career as a graphic designer and has also worked in films like 'Baba', 'Majaa', 'Sandakozhi' and 'Sivaji'. She made her directorial debut with 'Kochadaiiyaan', in which her father played the lead role, apart from founding Ocher Picture Productions.

Vishagan, on the other hand, made his acting debut last year with Tamil thriller 'Vanjagar Ulagam'.

Mahesh Babu to team up with Anil Ravipudi after Sukumar?