Producer Dil Raju also attended the event and wished good luck to the team of Suryakantham. 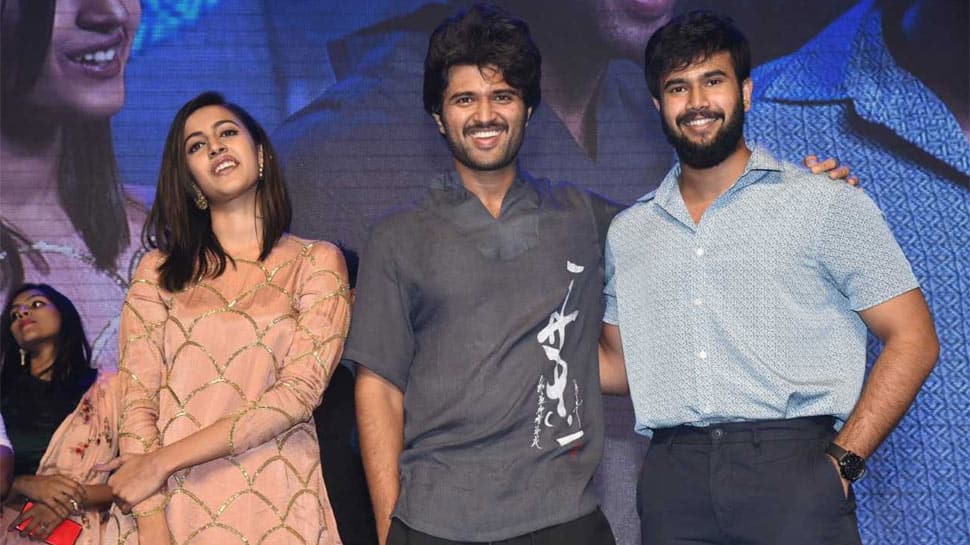 Suryakantham is releasing on March 29 and the pre-release event was held recently where actor Vijay Deverakonda was seen as the chief guest.

Heartthrob Vijay Deverakonda never fails in encouraging young actors and especially those who work hard and put in all their efforts to give the best for a film.

Suryakantham has Niharika Konidela and Rahul Vijay as the lead actors and is directed by debutant Praneeth Brahmandapally. The film is presented by Varun Tej Konidela and produced by Srujan Yarabolu, Sandeep Yerram Reddy.

Talking at the event, Niharika said, “I am thankful to my brother Varun Tej for bringing the producers, director and actors together. If he and his support weren’t there with this, this film would have never happened. I am sure every girl would definitely relate to the character of Suryakantham. I loved playing the role and it will always be my favourite.”

Vijay Deverakonda just couldn’t stop himself from praising Niharika and Rahul Vijay for choosing such a good story which will definitely attract youngsters. He said, “I worked with Nagababu sir, who is Niharika’s father. Played his son in Geetha Govindam. Today, Varun Tej is busy in the US and Nagababu sir is busy with political issues. So I thought that I have to be here at the event as his son and Niharika’s brother. I am glad I did that. Teaser of the film is fantastic and I hope the film becomes a big hit.”

Producer Dil Raju also attended the event and wished good luck to the team of Suryakantham.