Zarine Khan to pair opposite Gopichand in spy thriller

It is said that Tamaannaah is going to play the role of a spy if everything goes well. 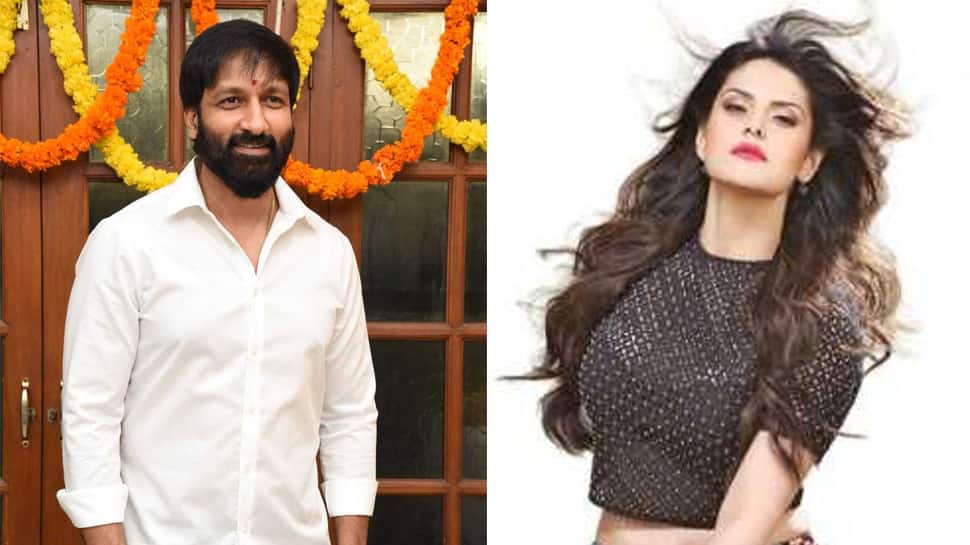 Gopichand has teamed up with Thiru Subramanyam, a debutant for his upcoming film and the project went on floors on January 21 at Jaisalmer. The film is going to be a spy thriller and Gopichand will be presented in a dashing and different avatar.

According to a source, we have learnt that the film was initially titled Tiger Zinda Hai as the director wanted to make something similar to the spy story which Ali Abbas Zafar has helmed. The Bollywood film, which had Salman Khan and Katrina Kaif in the lead roles was, in fact, a huge hit. But now, the title is going to be changed and the new one hasn’t been revealed yet. Gopichand was last seen in Chakravarthy Reddy’s 'Pantham' which had Mehreen Pirzada as the leading lady.

As per the latest reports, the heroine of the film is going to be Zarine Khan. The actor was in talks with the makers recently and she was finalised to play the leading lady. This will mark Zarine’s Telugu debut. At the same time, the film might also have Tamannaah Bhatia as the second leading lady.

The makers are trying to rope in the actor for this spy thriller, but she is yet to give her nod. It is said that Tamaannaah is going to play the role of a spy if everything goes well.

Tamannaah is already busy with the remake of Queen and she is also playing a key role in Sye Raa Narasimha Reddy. She is currently basking on the success of F2, which became a blockbuster hit.