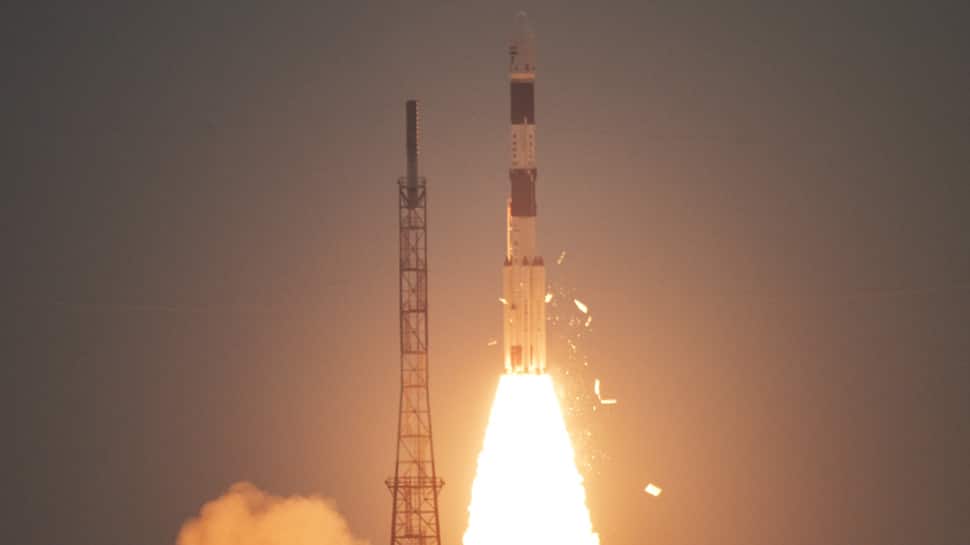 The Polar Satellite Launch Vehicle, PSLV-C47, on Wednesday successfully injected Cartosat-3 spacecraft into orbit after its launch from the Satish Dhawan Space Centre, Sriharikota in Andhra Pradesh, said the Indian Space Research Organisation (ISRO). The launch took place at 9.28 am.

Views of #PSLVC47 lift off from Sriharikota.

Mission Accomplished. Thanks for your support. pic.twitter.com/44fEip0K8q

After the successful launch, ISRO chief Dr K Sivan expressed his happiness. He said, "I am happy that PSLV-C47 injected precisely in the orbit with 13 other satellites. Cartosat-3 is highest resolution civilian satellite; We have 13 missions up to March- 6 large vehicle missions and 7 satellite missions."

Congratulating the ISRO team, Prime Minister Narendra Modi asserted that the space agency has once again made the nation proud.

"I congratulate the ISRO team on yet another successful launch of PSLV-C47 carrying indigenous Cartosat-3 satellite and over a dozen nanosatellites of USA. The advanced Cartosat-3 will augment our high-resolution imaging capability. ISRO has once again made the nation proud," said the PM.

About 17 minutes and 38 seconds after lift-off, Cartosat-3 was injected into an orbit of 509 km at an inclination of 97.5 degrees to the equator.

The PSLV-C47 launched Cartosat-3 and 13 commercial nanosatellites into the Sun-synchronous orbit. Cartosat-3 satellite is a third-generation agile advanced satellite having high-resolution imaging capability. The 13 nanosatellites are from the United States (US) as part of a commercial arrangement with NewSpace India Limited (NSIL), Department of Space.