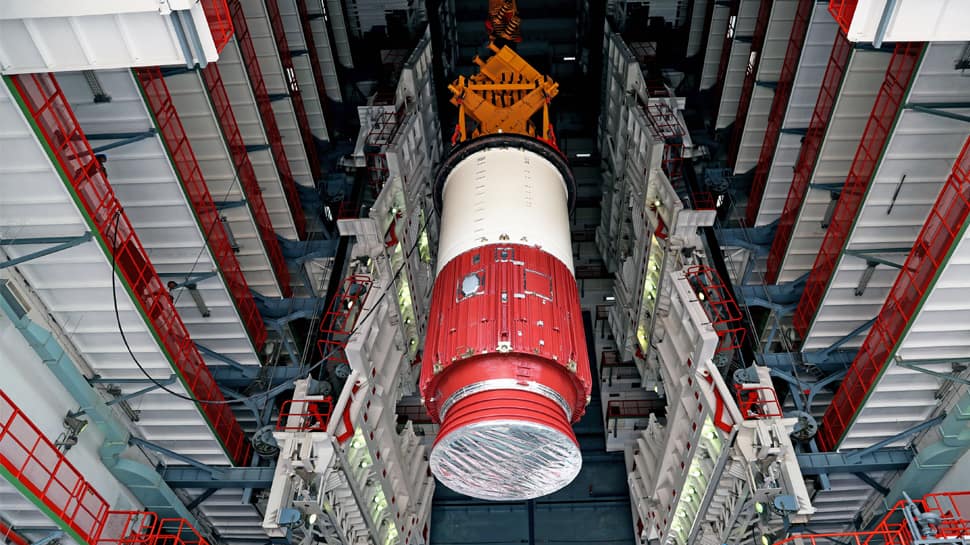 The countdown for the launch of India`s Polar Satellite Launch Vehicle, PSLV-C47, mission commenced on Tuesday morning. The launch is scheduled for Wednesday (November 27) at 9.28 am from the Satish Dhawan Space Centre, Sriharikota in Andhra Pradesh, subject to weather conditions.

ISRO will launch the Cartosat-3 and 13 Nanosatellites of the US on the November 27  from the second launch pad of the Satish Dhawan Space Centre.

PSLV-C47 will launch Cartosat-3 and 13 commercial nanosatellites into the Sun-synchronous orbit.Cartosat-3 satellite is a third-generation agile advanced satellite having high-resolution imaging capability.

The satellite will be placed in an orbit of 509 km at an inclination of 97.5 degrees. PSLV-C47 will also carry 13 commercial nanosatellites from the United States of America (USA) as part of a commercial arrangement with NewSpace India Limited (NSIL), Department of Space.

ISRO tweets pictures of PSLV-C47 chronicling its journey towards launchpad