Tiny worm comes back to life after freezing for 24,000 years in Siberian deep freeze

Scientists discovered a specimen of a bdelloid rotifer that came back to life after being in a frozen state for around 24,000 years. 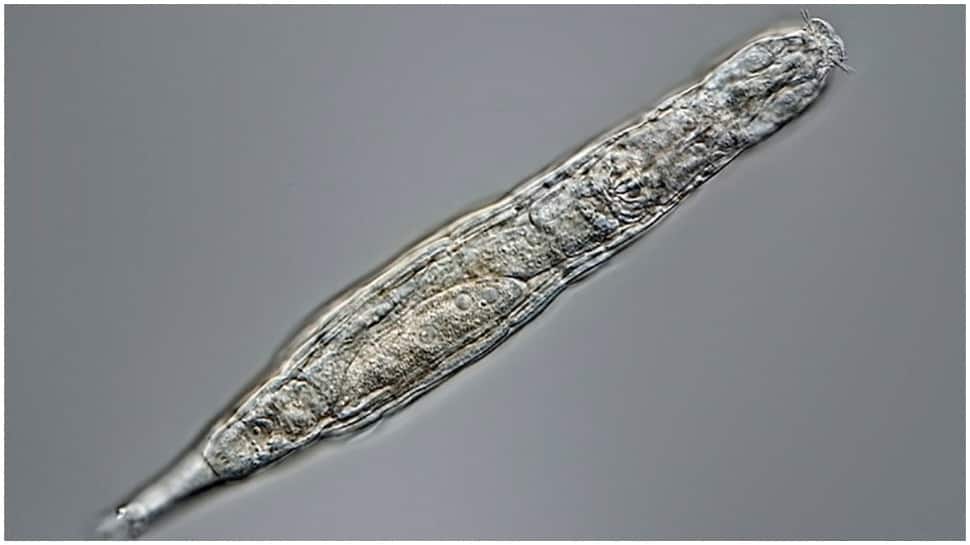 New Delhi: Scientists have discovered a Bdelloid rotifer, a tiny worm, that came back to life which was once thought to be a fossil. Bdelloidea is a class of Rotifer animals including freshwater animals that are cosmopolitan in nature. The so-called fossil that came to life is a centre of keen interest of scientists because it is very rare for a multicellular organism to come back to life after being frozen for more than 24,000 years.

This micro-organism is said to be reproducing asexually after being preserved in the permafrost of Siberia for 24000 years.

The Carbon dating reveals the age of bdelloid rotifer specimen between 23,960 and 24,485 years old.

Scientists say that it is like fiction for a multicellular organism to remain in a frozen state for thousands of years and turn back to life.

But it is important to note that bdelloids are capable of surviving through the harsh environmental conditions and preserve their lives in the absence of oxygen, food, and water by shutting down their metabolism in a process called 'cryptobiosis'.

This phenomenon of the resurrection of this specimen provides a whole new direction to the scientific studies on multicellular organisms.

Jeff Bezos to fly to space in July, Amazon's billionaire founder to use Blue Origin spacecraft