The protostar is located about 450 light years away in the Taurus Molecular Cloud. 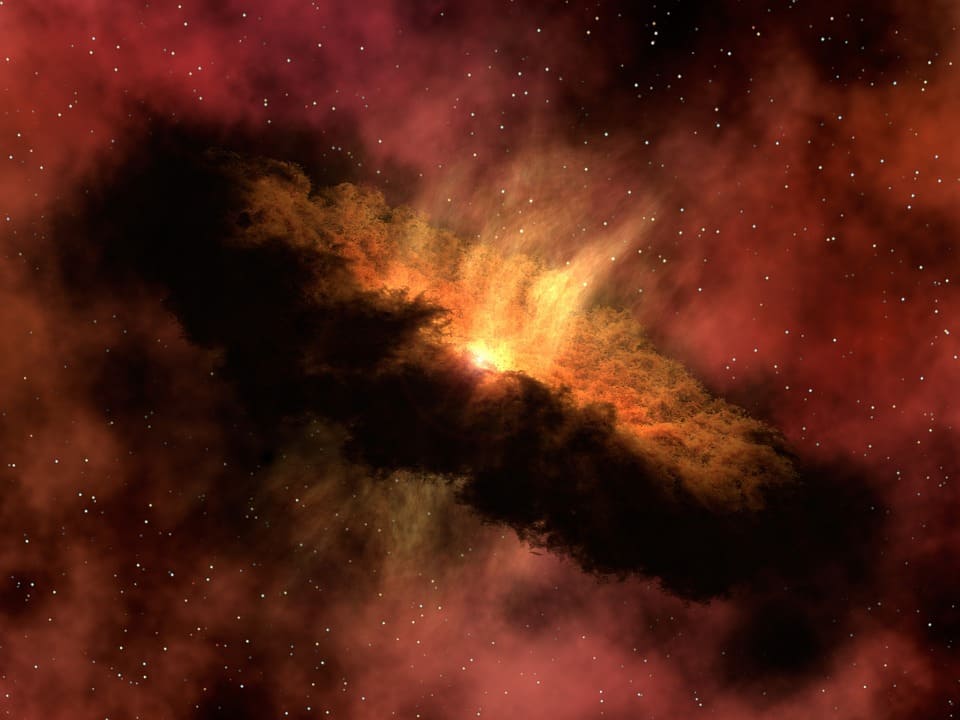 Tokyo: The misalignment of planetary orbits in many planetary systems -- including our own -- may be caused by distortions in the planet-forming disk early in their existence, suggests new research. The planets in our solar system orbit the Sun in planes that are at most about seven degrees offset from the equator of the Sun itself. It has been known for some time that many extrasolar systems have planets that are not lined up in a single plane or with the equator of the star.

One explanation for this is that some of the planets might have been affected by collisions with other objects in the system or by stars passing by the system, ejecting them from their initial orbital plane. However, the possibility remained that the formation of planets out of the normal plane was actually caused by a warping of the star-forming cloud out of which the planets were born.

Recently, images of protoplanetary disks -- rotating disks where planets form around a star -- have in fact showed such warping. But it was still unclear how early this happened. In the latest findings, published in the journal Nature, the researchers observed, for the first time, a warped disk around an exceptionally young star, or protostar, that formed just several tens of thousands of years ago. The protostar is located about 450 light years away in the Taurus Molecular Cloud.

"This observation shows that it is conceivable that the misalignment of planetary orbits can be caused by a warp structure formed in the earliest stages of planetary formation. We will have to investigate more systems to find out if this is a common phenomenon or not," said Nami Sakai, RIKEN Cluster for Pioneering Research (CPR) in Saitama, Japan.

Using observations from the ALMA radio observatory in Chile, the team from the RIKEN CPR and Chiba University in Japan discovered that L1527, an infant protostar still embedded within a cloud, has a disk that has two parts - an inner one rotating in one plane, and an outer one in a different plane.

The disk is very young and still growing, the researchers found. The remaining question is what caused the warping of the disk. Sakai suggests two reasonable explanations. "One possibility is that irregularities in the flow of gas and dust in the protostellar cloud are still preserved and manifest themselves as the warped disk," she said.