Koch`s mission broke the record for the longest continuous stay in space by a woman, previously held by NASA`s Peggy Whitson. 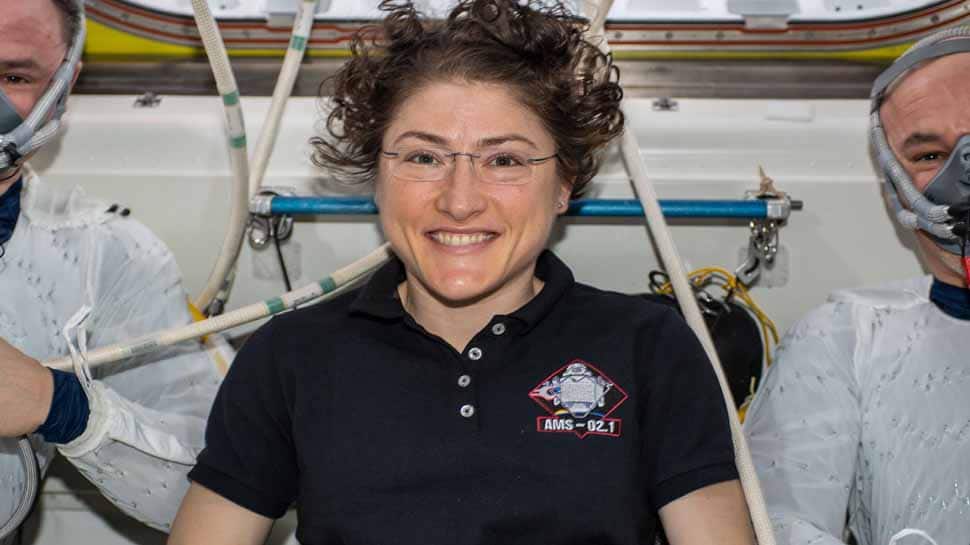 Washington: US astronaut Christina Koch, who led the first all-female spacewalk in 2019, was due to return to Earth on Thursday after a record stay aboard the International Space Station, capping a busy mission that could yield key insights into deep-space travel.

Koch, 41, was scheduled to climb into a Russian Soyuz capsule docked at the station with two other returning crew members and depart at 9:30 p.m. EST on Wednesday (0230 GMT on Thursday) after logging 328 days on the orbiting laboratory.

If all goes according to plan, the capsule will parachute to a safe landing on the desert steppe of Dzhezkazgan, Kazakhstan, at 4:12 a.m EST the next morning (0912 GMT on Thursday), carrying Koch, European astronaut Luca Parmitano and Russian cosmonaut Alexander Skvortsov.

Koch`s mission broke the record for the longest continuous stay in space by a woman, previously held by NASA`s Peggy Whitson.

She also achieved a gender milestone in a relatively routine spacewalk with fellow NASA astronaut Jessica Meir last October that marked the first time two women stepped out of the space station at the same time.

NASA`s first attempt for an all-female spacewalk in March 2019 was called off because one of the astronauts` medium-sized spacesuits was not properly configured in advance, igniting a gender-equity debate within the space community.

Astronauts on the space station, whose 20th anniversary in low-Earth orbit comes later this year, have tallied 227 maintenance spacewalks, nearly two dozen of which included women astronauts, according to NASA. Koch and Meir conducted two more spacewalks together in January.

NASA said Koch`s lengthy mission will provide researchers with much-needed data on how the weightlessness of gravity and space radiation affects the female body on long-duration spaceflights.

That science, to be studied in the coming months, could prove useful for the US space agency`s aim of building a permanent space station on the moon`s surface within the next decade.

US astronaut Scott Kelly`s 340 days in orbit starting in 2015 demonstrated that long-term spaceflight causes human health effects such as thickening of the carotid artery and retina, changes in gene expression and slight cognitive impairments for men.

Launched into orbit last March, Koch`s mission was extended in April from its original span of six months to nearly a year after she was already aboard the station.