So what does this discovery means? Interstellar space is filled with these soccer-shaped molecules which can shed light on the mysterious contents of the universe and how planets, stars were formed. 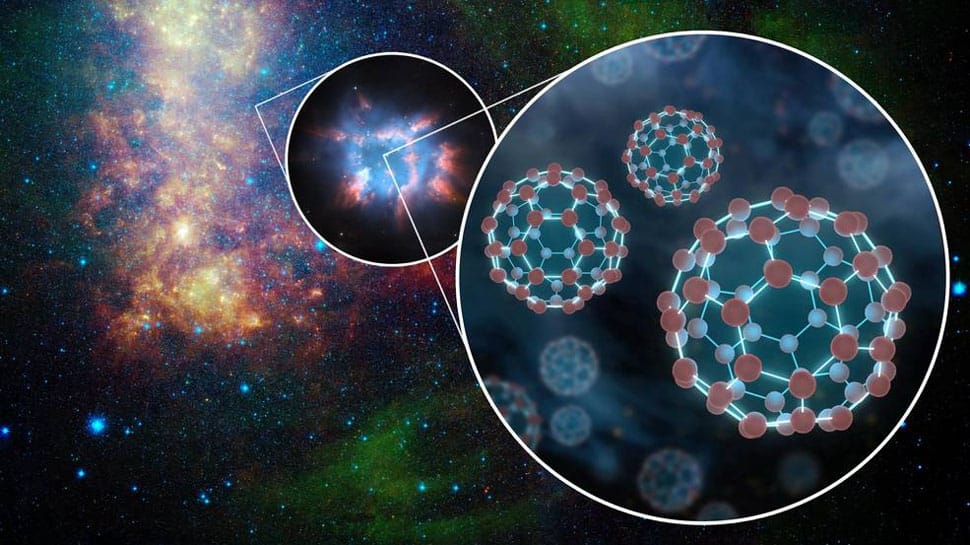 There's a football world cup game going on in the space. And the matches may just help us decode ancient mysteries of the universe. Scientists observing NASA’s Hubble Space Telescope data discovered that space is filled with little 'soccer balls', which are basically tiny electrically-charged molecules.

These soccer balls are like the gas and dust that fills the space from our solar system to other star systems. That space is known as the Interstellar Medium or ISM. And these mini footballs can shed light on the mysterious contents of the ISM including how planets and stars were formed.

So what does this discovery means?

Life is based on carbon molecules and this shows complex molecules can form and survive in the harsh environment of interstellar space.

The soccer ball shape of the molecule is because of the arrangement of 60 carbon atoms in a hollow sphere - C60. The molecules are a form of carbon called Buckminsterfullerene or Buckyballs.

“Since stars and planets form from collapsing clouds of gas and dust in space, the diffuse ISM can be considered as the starting point for the chemical processes that ultimately give rise to planets and life,” said Martin Cordiner of the Catholic University of America, Washington.

“So fully identifying its contents provides information on the ingredients available to create stars and planets,” added Cordiner, reports NASA.

Cordiner is stationed at NASA’s Goddard Space Flight Center in Greenbelt, Maryland, is lead author of a paper on this research published April 22 in the Astrophysical Journal Letters.

Most of the ISM is hydrogen and helium, but it is spiked with many compounds that haven’t been identified, say scientists. These compounds have a unique absorption pattern or Diffuse Interstellar Bands (DIBs) which acts as a fingerprint. Today more than 400 DIBs are known, but their identities remained a mystery.

With the detection of C60+, which is widespread in the galaxy, the mysteries of these DIBs can finally be identified and we can decode worlds beyond our reach.