The US space agency NASA revealed on Monday details about its plan to hit a small moonlet target in a double asteroid system with a spacecraft in 2022, its first mission to demonstrate a planetary defence technique. 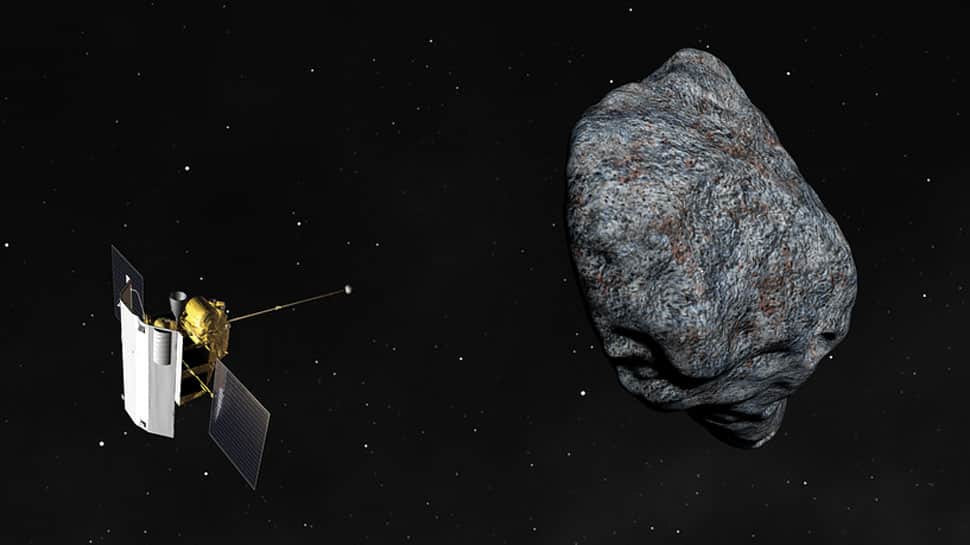 Washington: The US space agency NASA revealed on Monday details about its plan to hit a small moonlet target in a double asteroid system with a spacecraft in 2022, its first mission to demonstrate a planetary defence technique.

The asteroid, called Didymoon or Didymos B, is a moon asteroid around 150 meters tall orbiting a larger body Didymos A, the most accessible asteroid of its size from the Earth, the Xinhua news agency reported.

An international campaign is now making observations using powerful telescopes worldwide to understand the state of the asteroid system.

"The Didymos system is too small and too far to be seen as anything more than a point of light, but we can get the data we need by measuring the brightness of that point of light, which changes as Didymos A rotates and Didymos B orbits," said Andy Rivkin, a co-lead of the investigation team.

Researchers are still not sure about the target`s composition: whether it is composed of solid rock, loose rubble or "softer" sand. A softer surface would absorb much of the impact force and may not be pushed as drastically as if a spacecraft hit a harder surface.

But the NASA team will eventually see the asteroid system close-up thanks to an Italian-made imager. The shoebox-sized cube satellite will record the spacecraft`s impact and its aftermath.

In its latest design, DART spacecraft will be able to move by relying on small hydrazine thrusters while utilising the electric propulsion system, which will push the start of the primary launch window to July of 2021, shortening the mission flight time. Its previous planned launch time was December 2020.

The DART spacecraft will crash itself into the asteroid at a speed of approximately six kilometer per second and the collision will change the speed of the moonlet in its orbit around the main body by a fraction of one per cent, enough to be measured using telescopes on the Earth, according to the NASA.